"The only way to beat me is if I die," Georgina Njenga wrote.

• Georgina admitted that the photos were of her but said they were from when she was a 17-year-old teenager. 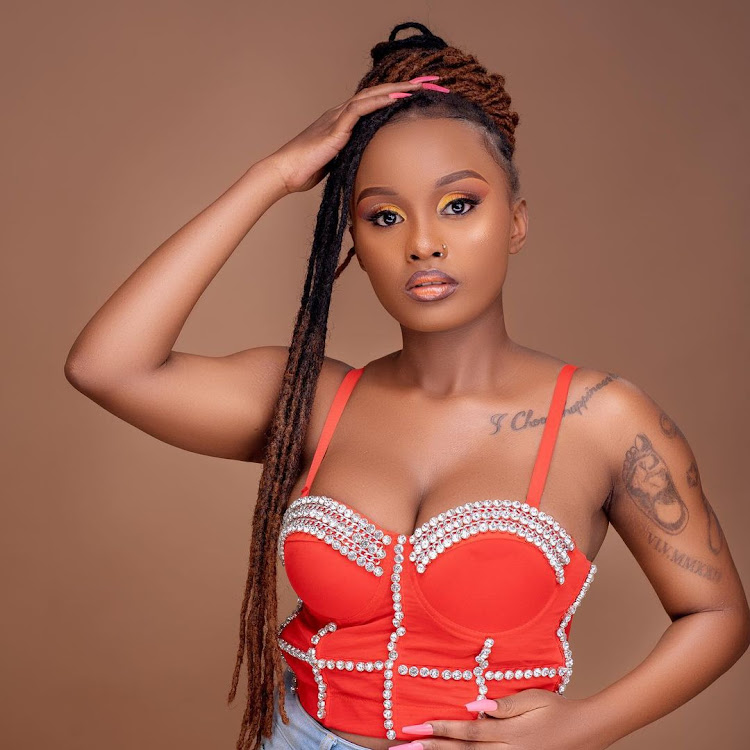 Georgina Njenga, the partner of former Mchachari actor Tyler Mbaya has returned to the online streets with a bang of her own, two weeks after an intimate video of hers was leaked online by an unknown person.

Njenga uploaded a picture of herself while sitting and left a triumphant message aimed at those who had tried to defeat her with the recent leak.

She loudly declared that the only way for her to be defeated was if she was dead. "The only way to beat me is if I die," Georgina Njenga wrote.

Fans instantly inundated her comment section with many amazed at the photo she posted after the tourtous period she had a few weeks ago.

Check out some of those comments below;

Two weeks ago, the mother of one child was humiliated to the point where she took a social media break after someone leaked a video of her in her birthday suit while dancing, videos that trended online for more than 24 hours.

Her pattern Tyler came to her defense and said that he was not ready to leave Georgina at any cost while also vowing to take legal action against the person who leaked the videos of his lover.

"Plans are going on, we will take legal action," he said. Earlier, Miss Georgina had claimed that her ex-boyfriend was responsible for leaking the dirty videos.

She said that the videos were not from this time but from the period when he was a 17-year-old teenager.

Betty Kyallo is seen kissing an unknown man in a video that is currently trending.
Entertainment
1 week ago

Baha and girlfriend to sue after steamy videos were leaked online