She was seen kissing an unknown man.

• Betty Kyallo says she won't address anything that will cost her peace of mind. 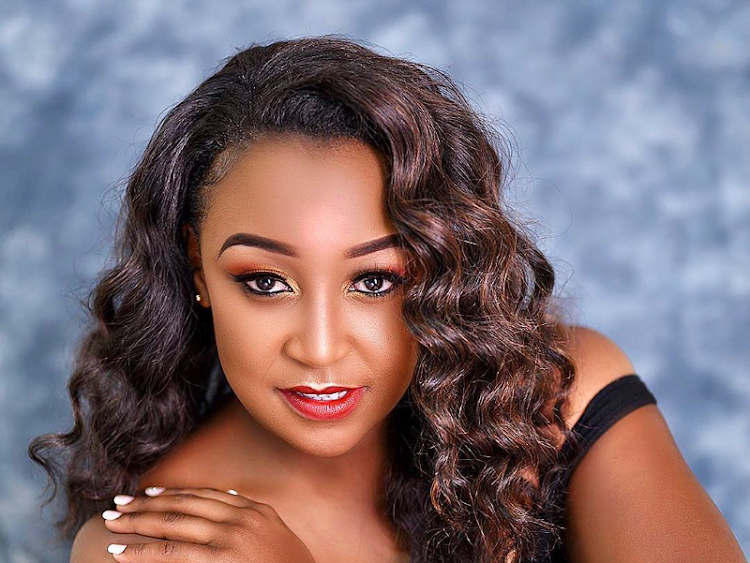 Betty Kyallo. She has slammed a fan questioning her parenting skills.
Image: Instagram

Media personality Betty Kyallo has shut down rumours that her steamy video has leaked.

The mother of one is currently trending after a video of her kissing an unknown man emerged.

Kenyans are having a field day with the video with some comparing it to the recently leaked steamy video of Youtuber Georgina Njenga..

Taking to her socials Kyallo shared of her self singing along to 'Sorry Not Sorry' song by DJ Khaled featuring Jay Z.

She also shared a Tik Tok video hitting back at her critics. The video talks about peace and how much one would be willing to go to protect the same.

"I am not dealing with nobody or nothing that will cost me my peace. My peace in number 1 priority and am gonna protect my peace at all costs."

Addressing the video, Georgina sais the video was shared by a bitter ex.

"It happened at 17 with someone I liked,' says Georgina.

He started threatening me immediately after I exposed my relationship with Tyler in 2020."

The couple revealed they will take legal action against the person who leaked Georgina's videos.

"Plans are underway and we are going to take legal action...at the moment I can't give out a lot of details but in the near future we will and legal action will be taken," Baha said

Asked if the drama has shaken their relationship, Baha affirmed that all is well and he would never leave his lover.

"She is okay and I love her so much," Baha said.

After a week that has been dominated with the news of the killing of LGBTQ activist Edwin Chiloba and Jackton Odhiambo confessing to have killed him ...
Entertainment
4 weeks ago

Baha and girlfriend to sue after steamy videos were leaked online

A man alleged to have leaked the steamy video of Georgina Njenga's baby mama to actor Bahati has denied the claims.
Entertainment
1 month ago