The beauty influencer had an interesting reaction to microchimerism

• Marya and her ex-hubby Willis lost two babies during their marriage. 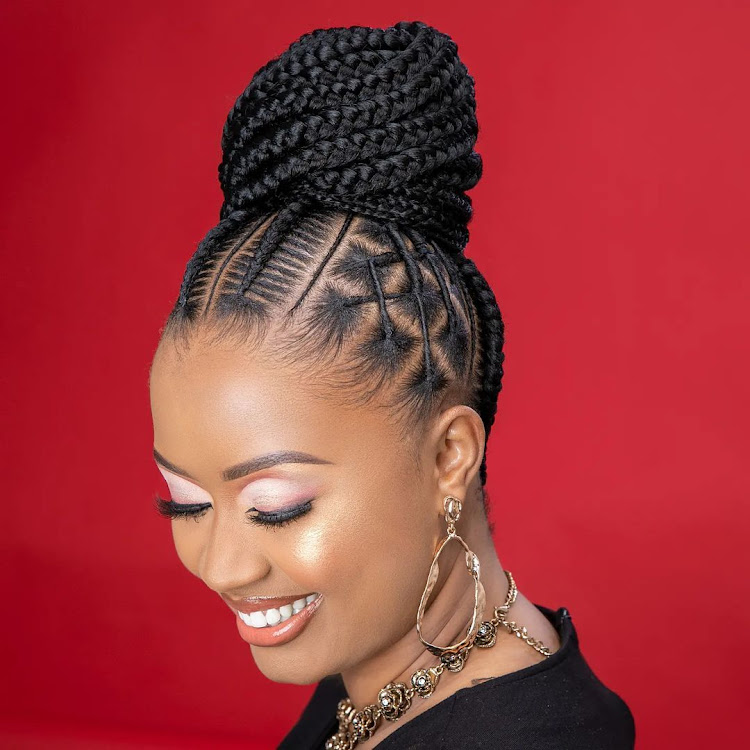 Yesterday, Marya Prude made an interesting post on her Instagram stories that would make the overactive mind imagine...

Willis Raburu's ex-wife posted a Twitter message which stated that DNA from a father can stay in a woman's body long after getting a baby.

"So today I learned you carry your baby daddy DNA for 7 years after getting pregnant," the post by a Twitter user called Ayanda read.

But Marya's response was what really took the cake with the beautiful dark-skinned lady remarking with a characteristic Kenyanism writing, 'Shindwe!'

Which loosely translated means, 'I rebuke!' 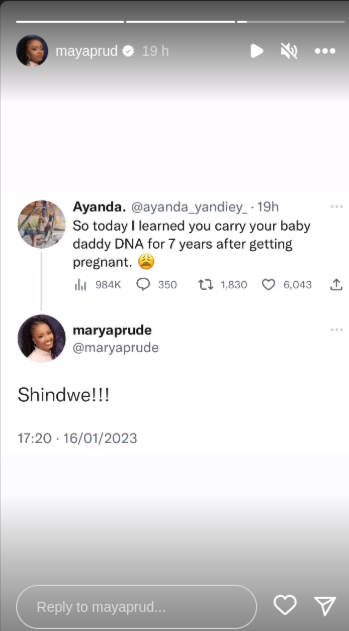 Her remark is particularly eyebrow-raising considering the fact that Marya and her ex-husband Willis lost two kids while together.

The first child they lost was as a result of a miscarriage while the second was as a stillbirth. So one can read between the lines as to her reaction to the tweet considering her history with the Citizen TV presenter.

The phenomenon described in the tweet is known as microchimerism in science. According to Wikipedia, Microchimerism is the presence of a small number of cells in an individual that have originated from another individual and are therefore genetically distinct.

In humans (and perhaps in all placentals), the most common form is fetomaternal microchimerism (also known as fetal cell microchimerism or fetal chimerism) whereby cells from a fetus pass through the placenta and establish cell lineages within the mother.

Fetal cells have been documented to persist and multiply in the mother for several decades.  A 2012 study at the Fred Hutchinson Cancer Research Center, Seattle, has detected cells with the Y chromosome in multiple areas of the brains of deceased women.

Fetomaternal microchimerism occurs during pregnancy and shortly after giving birth for most women. However, not all women who have had children contain fetal cells.

Celebs' who have said they regret getting married

Marriage is the beginning of  a family and a life and a life-long commitment.It is  is a privilege and not a “right."
Entertainment
1 month ago

Marya Prude explains why she wanted to change her gender

Marya Prude has revealed that she struggled with accepting her gender while growing up.
Entertainment
2 months ago