Akorino model Pesh and husband disagree over baby no. 2

• Pesh and Dan have a daughter who is four months old.

• The model wants another baby. 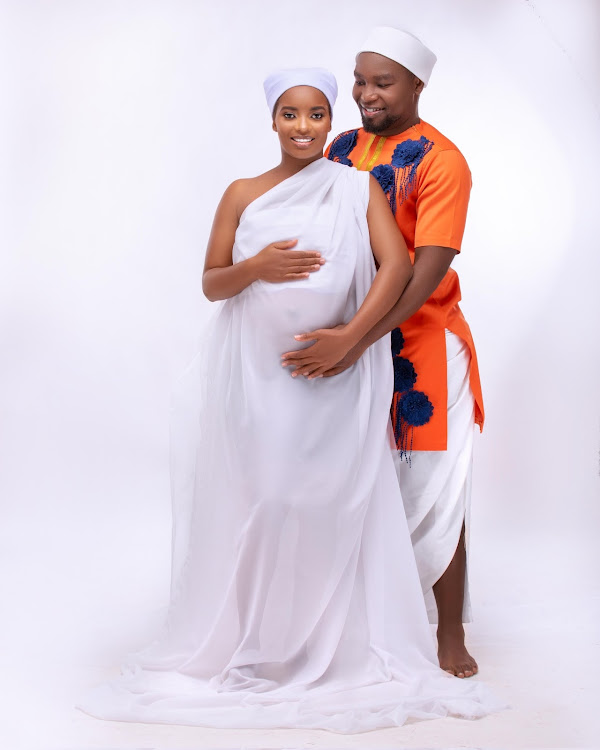 Kenyan Akorino model Pesh Kenya has set her sights on baby number two. However her husband Dan does not share the same enthusiasm the model has to add to their cute family.

Perhaps he feels it is so soon since their child is four months old. But Pesh is ready to experience motherhood all over again.

Back in November 2022, Pesh gushed over motherhood. "Three months postpartum and I already feel cute. I love motherhood😊" she shared about what it felt like.

The couple in their latest video argue over that matter with Pesh saying "I want".

Dan tells her that they will prosper this year and jokes about baby number two, "This year we want to prosper, hadi tunataka kuongeza baby mwingine," to which Pesh agrees "Amen".

He looks at her shocked at how fast she has agreed to his statement. He corrects her by saying "It was a joke," repeating that it wasn't something he wants.

Pesh refuses to listen to him adding again "Amen".

Dan tells her, "I don't want," and she warns him. The couple has a daughter whom they welcomed in August 2022.

Pesh took to her Instagram account on August 22 to reveal the good news and uploaded a picture of herself holding the newborn baby at the hospital, alongside her husband.

In another image, the model cradles the crib carrying her infant child next to her hospital bed.

“Behold, children are a heritage from the Lord, the fruits of the womb are a reward, our hearts are filled with joy,” she wrote.

She added: “Our hearts are filled with joy,” before thanking the hospital for the care provided during this crucial time.

"The greatest expression of love is found in motherhood. My baby is now 4 months old. I thank God for the time."

They couple got married in October 2021 and have yet to reveal their baby's face.

Beauty entrepreneur Carey Priscilla has welcomed her second child. Sharing the wonderful news of the addition to her family, the salon owner told
Entertainment
1 week ago

Nyashinski hints at birth and gender of 2nd child