• Young, Famous and African is returning for season 2 according to the cast member 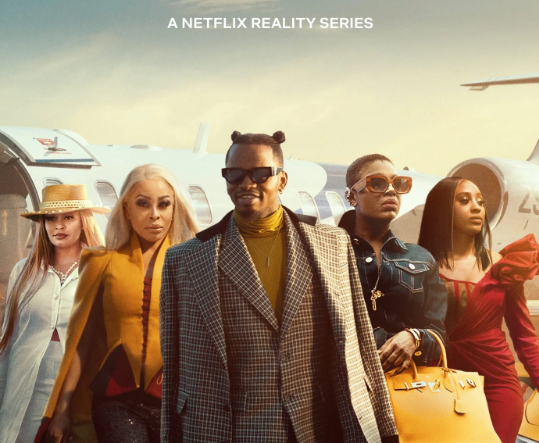 netflix young famous and african back on very soon

Movie fans! If you have been anxiously waiting for Season 2 of Netflix's Young Famous and African, it may be pretty soon.

Netflix's reality show, Young, Famous, and African will be back for another season in 2023.The show featured African entertainment, fashion, and social media stars from various countries and a glimpse into their lavish lifestyles.Zari and Andile left us guessing about their status.

Season 1 ended on a cliffhanger where a jet-lagged Diamond Platinumz comes home to his ex Zari and friend Andile confessing his feelings for her.

We are left wondering what went down. In the second season, we can expect to see the continuation of that story and witness the more entertaining drama as well.Netflix South Africa also teased that the show will be making a return in the first half of 2023.

Young, Famous, and African took audiences by storm with its depiction of the lavish lifestyles of the young and famous faces of African entertainment when it aired in March 2022.

Zari The Boss Lady has shared a snippet of the popular show, telling that it's coming soon in the video below.

It will be interesting to see if any Kenyan made it to Season 2.

We know that Diamond has so far jetted into Kenyan several times, and perhaps his Kenyan baby mama Tanasha may make a sneak appearance.

When season 1 ended, Kenyans took to social media to propose names of  famous people in the 254 they would love to be cast in the show.

Comedian Eddie Butita had been asked if he would love to appear on the show and indicated that if asked, he would consider it.

Anerlisa Muigai was another young, famous and African star who told that she would never consider being cast on the show.

Diamond explains why he struggles to do English songs

WCB President Diamond Platnumz has for the first time recognized singer Zuchu as his wife.
Entertainment
1 week ago
WATCH: For the latest videos on entertainment stories