999 is the emergency line for all Kenyans

• Rapper Prezzo says he made the emergency system 999 start working. 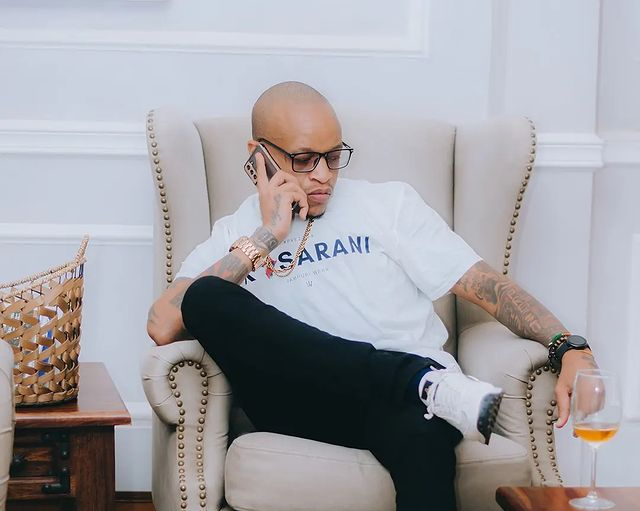 Rapper Prezzo who has disclosed why he always wears a bullet proof vest
Image: Instagram

Rapper Prezzo says he made the emergency system 999 starts working. Speaking in an interview with Makena on 'Glow up with Makena', Prezzo revisited the scenario in 2017 where he tried calling the emergency services with no luck.

"I made this number work by myself."

In 2017, Larry Madowo had asked him a question about his involvement with Kenyan Socialite Huddah Monroe.

In response, Prezzo said that there were pressing matters to address like the fact that the emergency lines in Kenya didn't work.

At the time, on live TV, they called the 999 lines but no one responded.

Two days later, he revealed that his efforts to make the system functional bore fruit and the emergency line is 100% functional.

In the recent interview with Makena, he called the emergency line and it was indeed working. The officer on duty said they work 24 hours a day to serve Kenyans.

Prezzo urged Kenyans and bloggers to create awareness that the 999 emergency line works and they should call it for help in case of an emergency.

999 is an official emergency telephone number in a number of countries that allows the caller to contact emergency services for urgent assistance.

A few months ago, Prezzo also opened up on why he always wears a bulletproof vest whenever he is stepping out.

In an interview with YouTuber 2mbili, Prezzo disclosed that he vowed to protect himself after being robbed and shot at a close range, a few years ago.

“When it comes to security; there is no second guessing because I have been shot before at close range. That’s why I know I am here for a reason.

"So anybody watching this make sure when you come, aim for the head,” Prezzo stated.

In June 2020, while appearing on CTA, Prezzo opened up on an ugly incident that left him with a permanent scar on his head.

He disclosed that he was shot at a close range by thugs' days prior to his wedding. At that particular time, his ex-wife Daisy Kiplagat was pregnant with their daughter Zahra Bohke.

Roast House, a comedy TV show has finally come to an end. The comedy show, which premiered in July 2022, features a team of comedians from Stand-Up
Entertainment
2 months ago

'Contract Iliexpire,' Prezzo on separating with his wife

Prezzo revealed that he spent 4.6 million on his wedding.
Entertainment
3 months ago
WATCH: For the latest videos on entertainment stories