Zari castigated for her behaviour with younger bf

• Their latest cozy moments have earned them criticism. 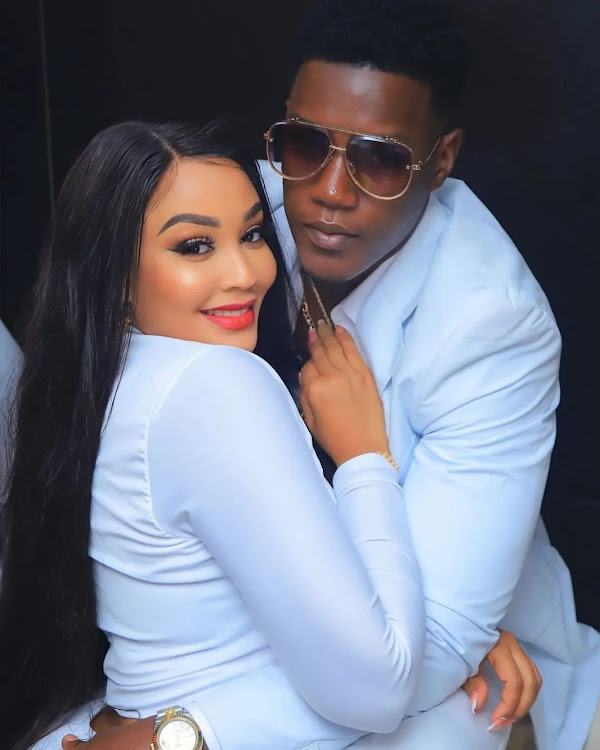 South African-based Ugandan socialite Zari Hassan has no time for cyberbullies on her social media pages.

In an undated video on Tiktok, Zari was described as being clingy and controlling. Her over-excited and loving behavior with her young boyfriend has not gone unnoticed by some online.

On her TikTok, Zari has hit back at such claims telling people to mind their business.

Fans were of the opinion that a lady of her age, should leave such behavior to younger girls and more so a public display of affection.

Sh*t, that’s my man, okay! That my man. I’m gonna be clingy, I’m gonna be drunk, I’m gonna fall in love left and right, as much as I wanna. I’m gonna do everything that I need. It’s just girlfriend behavior,” she raged.

Zari, 42, has been on the defensive ever since they started dating Shakib, fighting off questions and comments about their apparent age difference.

The mother of Diamond Platnumz's children, and Shakib have been having some major PDA on their social media, upsetting netizens.

The two say they are so serious about each other and are ready to take the next tep -marriage.

Shakib recently posted a video on his IG in which he informs Zari his intentions to meet her dad and ask for her hand in marriage.

Rapper Karimi Muriungi also known as Miss Cashy has hinted that she has won the child custody case against her baby daddy rapper Khaligraph Jones.
Entertainment
2 weeks ago

Before the pandemic, Zari had been doing her white party annually in Uganda
Entertainment
1 month ago
WATCH: For the latest videos on entertainment stories