Kenyan movies you should watch on Netflix this weekend

You can now watch Nasfi on Netflix

• Here is a list of Kenyan made TV shows and films you can watch on Netflix. 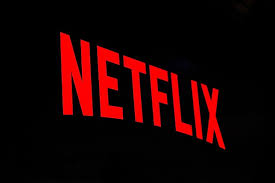 The list of Kenyan films making debut on Netflix are increasing.

This is testimony to the great content movie fans want.

Country Queen premiered in 2022. It is currently on season 1. A Nairobi event planner returns to her village after 10 years, where she confronts her past — and a mining company that threatens to destroy her home.

A meticulous clerk for a bookstore that has just been shuttered suddenly finds herself taking care of her cousin's witty 11-year-old daughter.

Starring: Sarah Hassan, Stycie Waweru and Mawuli Gavor among others.

When a young girl with a terminal illness dreams of making a superhero movie, her entire village comes together to make her wish come true.

As she navigates a death in her family, an arranged marriage and a move to the big city, a young woman fights continuously for her right to swim.

Young Mwas leaves his rural home in Kenya and sets out for the capital Nairobi, determined to succeed as an actor despite his family's misgivings.

After successfully pulling off a heist, six university students live a life on the run as jealously and greed put their friendships to the test.

A college student in Nairobi begins committing petty crimes to keep up with his peers, and then he ends up falling in with violent extremists.

The cast in the movie include; Bilal, Shix Kapienga, and Manasseh Nyagah

After she and her husband struggle to conceive, a woman asks her best friend to be her surrogate — which ultimately puts their friendship in jeopardy.

A group of singletons stumbles through the wild dating scene in Nairobi as two friends wonder if their relationship is more than platonic. Director: David 'Tosh' Gitonga, and Michael Jones.

When their prison bus crashes in a forest on a rainy night, a group of criminals finds themselves battling wild animals and a mysterious killer.

In this drama, a woman rebuilding her life meets a young man seeking redemption in the wake of the civil unrest caused by the 2007 election in Kenya.

A daring farmer steals illicit ivory from a group of international terrorists and must elude their dangerous and deadly games.

Popular Machachari actor Malik Lemuel, alias Govi, will be returning on TV for another major role.
Entertainment
3 weeks ago

Talented thespian Kate Actress has opened up about being rejected for big roles in various films. Kate was speaking about the challenges she goes
Entertainment
2 weeks ago
WATCH: For the latest videos on entertainment stories

'I got pregnant before landing Country Queen role' Melissa