Melissa acts as Akisa on the tv series Country Queen

• Akisa as she is known on the show had to leave her young could with her mum so that she could continue acting.

• Melisssa says she thought she would be dropped from the film after she got pregnant. 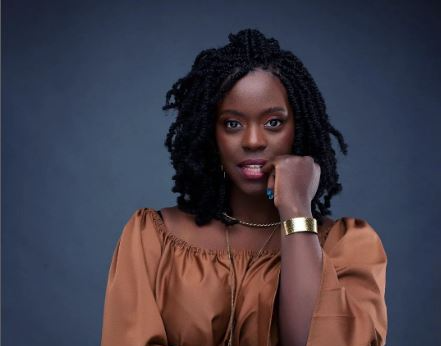 Actress Melissa Kiplagat on Netflix's Country Queen is loved by her movie fans.

She has recently taken her fans through her journey on Buzzcentral Kenya about being a mum and handling pressure from her career.

She got pregnant before her role on Country Queen towards the end of 2020 when she was a few months pregnant.

She assumed she would be dropped from the show.

"I told them if they were willing to wait for me to give birth then well.

The producer was welcoming about her pregnancy news and found ways to rework things when shooting episodes.

"The whole time they have been super supportive about it. She was a few months old and stayed with my mum,"

Being away filming meant she could not spend as much time with her baby. Melissa also spoke about feeling pressured to lose the baby's weight.

"There was because of the way the script is there is a gap between episodes, it was so overwhelming. I was expecting to lose weight, but the body was like ok sawa. Every pound that I lost I had to work for it"

The Kenyan series on Netflix is about a Nairobi event planner who returns to her village after 10 years, where she confronts her past — and a mining company that threatens to destroy her home.

"I just love home first of all I am just a family girl, so I'm just like to be that far from family I would just die, I love being at home and I just love Kenyan btw after four years I was tired. I don't think I would ever relocate. Kenya is amazing"

She is also a child welfare advocate.

"There is just something about kids..., when it comes to children I go from zero to a hundred.

I care very much about the welfare of kids like when someone will smoke around a kid, I will get so mad they are helpless"

In late 2016 Melissa joined the renowned Mountview Academy of Theatre Arts in London (UK) and in 2017 graduated with a Master's in Performance (Acting).

She credits the experience for transforming and elevating her performance skills and opening her eyes to the holistic approach the profession demands.

Here's what you need to know about her

-  Melissa is an internationally trained professional actress working primarily in Kenya and most known for her role as Amara in the TV Show This Is Life.

- She has performed in over 17 plays both in Nairobi and London.

- She graduated with an economics degree

- Melissa earned a Best Actress in Film nomination in the prestigious 2017 Kalasha Awards.

Fitness and gym enthusiast, Francis Kiarie popularly known by his Instagram name Frankie Just GymIt has ventured into acting.
Entertainment
2 months ago
WATCH: For the latest videos on entertainment stories

' I have made over 2 million from TikTok' Alma Mutheu