The journalist is headed to the counties

• The NTV reporter shared his journey in the media in the latest Iko Nini podcast.

• Murithi shared that politicians are among those he has crossed paths with. 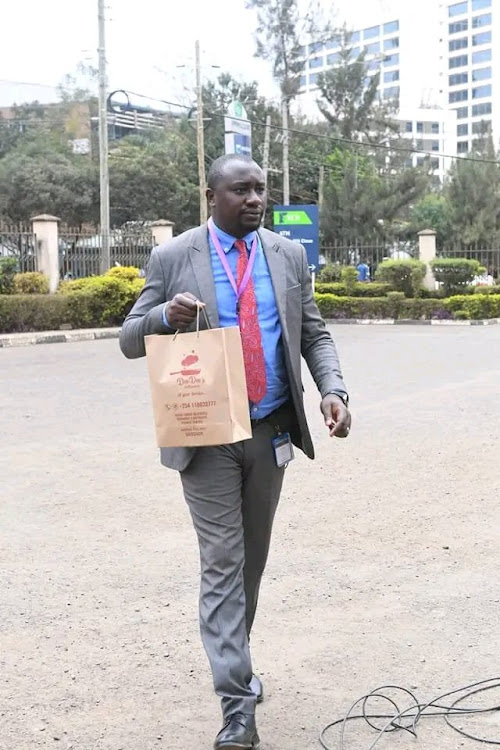 NTV reporter Kennedy Murithi is headed to the counties for a top political post. The journalist has been appointed by the Tharaka Nithi Governor to serve as a political advisor.

"I have worked with Governor Njuki closely since 2013. I am happy that he has considered me as one of his advisors," Mr. Murithi said on learning of his appointment.

His friends have congratulated him for it

tobiasolekina·congratulations for your new role. May the Lord continue to fight for you. Blessings

The journalist on Tuesday, November 15 went down memory lane about his job and his pet peeves about it.

In the Iko Nini Podcast, Murithi recalled how he had a brush with current Transport CS Kipchumba Murkomen about a headline of a story.

"Something happened it was at the early stages ya Uhuru and Ruto kukosana. They were holding many meeting at Weston, so a source told me about the secret meeting and Murkomen had written something that Ruto wasn't happy about then they went to retract.

So when we were doing that interview I asked him a question, he retracted what he said earlier, so when that story went on air Editor wrote Murkomen ala matapishi yake . That brought issues and Murkomen told me I was twisting the words. We've had a love-hate relationship since that time."

Kennedy is also best remembered for a slight tiff with Wiper leader Kalonzo Musyoka several years back when he told Murithi that 'your name betrays you' after a question the politician did not like.

On Tuesday Murithi said something about that incident noting;

How the infamous F** word from Moses Kuria made me freeze on air.

Journalist Stephen Letoo of Citizen TV keeps Kenyans up to date with the world of politics. The seasoned political journalist has been in the media
Entertainment
2 weeks ago

Watch: Video of KBC reporter being ‘harassed’ by an elephant goes viral

A KBC journalist has left Kenyans in stitches following a hilarious encounter with elephants.
Entertainment
3 weeks ago
WATCH: For the latest videos on entertainment stories

How Larry Madowo's dream to become a Priest flopped