Mejja opens up about his brother's struggle with alcoholism

• He has two younger brothers, and one struggles with alcoholism 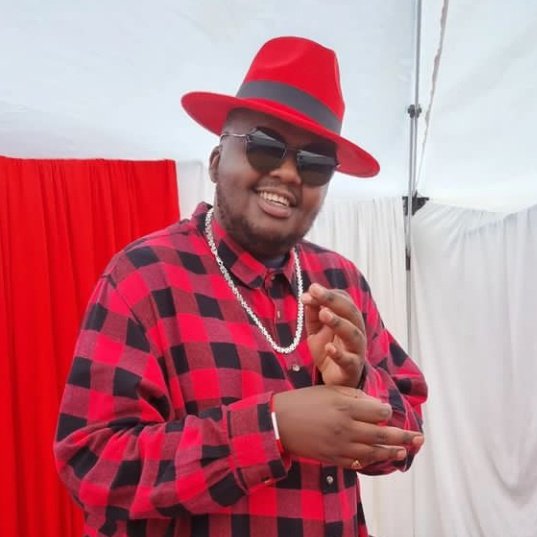 Musician Mejja has for the first time opened up about his two brothers.

The Kanairo dating musician prefers to keep his family private and explained this on Wednesday, November 16 about his reasons.

"He is trying to deal with it"

He has two younger brothers, whom he protects dearly.

They were brought up by his grandmother "I lived with my mum, my grandmother helped take care of my two brothers before my mum became stable."

Mejja also revealed that there are deep family secrets he doesn't like to reminisce about because of a deep wound.

He softly told that his mother Khadija Rehema is not his biological mother, and that "My mum has never told me where she came from so hio story inakuanga sensitive coz sitakangi kuingilia sana. "

Mejja discovered his mum was adopted after the grandmother died.

So Khadija kept it a secret.

"Hio stori inanishukishia vibe" he urged the interviewer that he prefers to block that memory owing to the hurt from family beef, and a health crisis.

At the same time, Mejja was stressed because his brother had fallen into alcoholism

"Pressure came in and he started drinking so much I was husting and taking care of him to make sure he is ok. It was a lot"

Mejja described the love he has for his younger brother, and they are helping him deal with the condition.

"Amepunguza but through him, I have learnt not to judge people struggling with alcoholism. He is now able to control his drinking. He can hold a steady job but there are relapses"

Mejja's plea to Kenyans with family members suffering from alcoholism is to be supportive and never give up on them.

"Alcoholism is a disease. If you say you will cut them off you are endangering them. Be patient"

Former Tahidi High actor Joseph Kinuthia alias Omosh has told Mpasho.co.ke that he is not doing well.
Exclusives
1 month ago

Why Jimwat avoided his child while fighting alcoholism

Jimwat has now been sober 7 years and is upbeat about everything.
Entertainment
3 months ago
WATCH: For the latest videos on entertainment stories

Mixed reactions as Quiver Lounge gets dedicated by a priest