The mysterious man she is dating is a low-key individual rather than a well-known celebrity.

• Mamito is dating but she prefers to keep her man's identity private.

• She is travelling to Masai Mara with her man. The baecation comes days after she celebrated her birthday. 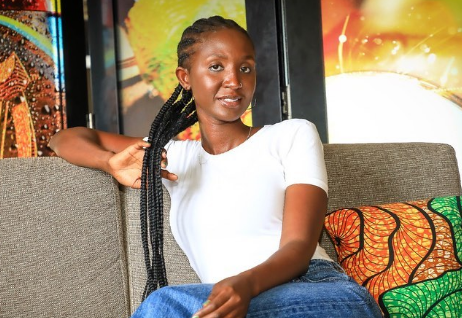 Mammito. She has confirmed she broke up with Butita.

Comedy skit creator, Eunice Wanjiru, alias Mammito has stated that she and fellow comic Eddie Butita have indeed split up.

She confirmed this to radio DJ Ankali by claiming that she was in a relationship at the moment and had never been alone even one day!

“Ninakaa kukaa single ata siku moja? Nikiwachwa tu hivi watu wako kwa line.” (Do I look like being single even for a day? The moment someone leaves me, others are already in line)

She went on to say that the mysterious man she was dating was a low-key individual rather than a well-known celebrity.

She continued by saying that she was traveling the Maasai Mara with the mystery man.

The two comedians had refused to speak on their relationship although Butita gave a hint that their relationship was still intact to the media when speaking to them during an event to raise money for Akuku Danger’s medical expenses back in March.

This was after a question concerning their relationship was posed, with Butita responding that since the subject required two individuals to respond, it should be asked to both of them.

However, he continued by stating that due to their hectic schedules, it will be challenging to interview the two.

After Mammito failed to acknowledge Butita’s birthday in September 2021, speculation of their breakup began to circulate.

It was odd because it was the first birthday she hadn’t publicly wished him since they began dating.

A day later, Mammito stopped following the comedian on Instagram, which led to more rumours.

In a previous interview with Mungai Eve, Butita addressed the situation and stated that he was unaware of any potential issue and that perhaps Mammito had forgotten to wish him a happy birthday.

He was prompted by Churchill to comment on the state of their relationship, but he was unable to do so during the interview.

Next Level Music President Raymond Shaban Mwakyusa aka Rayvanny has finally confirmed his break up with Paula Kajala, daughter of Bongo Movie actress ...
Entertainment
1 week ago

I am no longer single- Akothee declares, unveils mzungu bae

Self-proclaimed President of single mother Esther Akoth alias Akothee is back in the dating scene if her latest post is anything to go by.
Entertainment
1 week ago
WATCH: For the latest videos on entertainment stories