I am no longer single- Akothee declares, unveils mzungu bae

• Akothee has a new Mzungu bae and she is not afraid to let the world know.

• On Sunday, September 18, 2022, the mother of five followed her announcement with a cozy video with her rumored Mzungu bae on the beach. 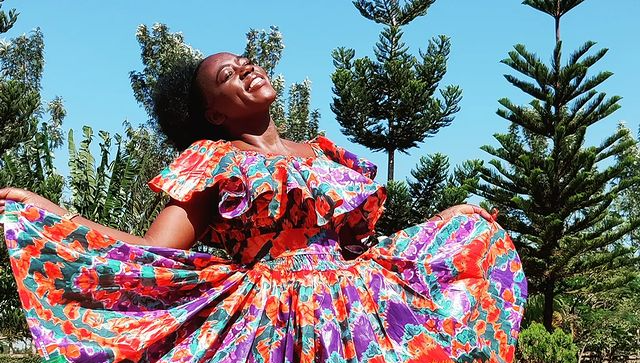 Singer Akothee who has said she is longer single
Image: Instagram

Self-proclaimed President of single mother Esther Akoth alias Akothee is back in the dating scene if her latest post is anything to go by.

On Saturday, the Abebo hitmaker put up a post announcing that she is no longer single and we should take her word to the bank.

“I am not single anymore, you can, take this to the bank. Happy Sabbath,” Akothee said.

On Sunday, September 18, 2022, the mother of five followed her announcement with a cozy video with her rumored Mzungu bae on the beach.

The video had a caption that says; “Sawa basi, It's yeeeeeeeeees 😭😭😭🙈🙈🙈 Someone tell my mum atoke tu church aende home I went for a lunch date in Mombasa shortly,”.

In June the businesswoman confirmed that she is no longer in a romantic relationship with her boyfriend and manager Nelly Oaks.

The self-proclaimed president of single mothers sought to clarify that she was focused on promoting her newly launched book and album and not in need of any relationship commitments.

She went on to state that she has walked out of other relationships and the breakup should not be a shocker to her fans and followers.

“I have walked out of other relationships with different ups & downs, so this last one shouldn't be a shock or a surprise.

"It's just a personal decision, I need time to concentrate on my newfound happiness with less destruction, I need to work on myself and my career, I am not ready for any commitment," Akothee said in part.

The singer mentioned that she will not go into details about what transpired before the relationship ended because of the respect she has for Nelly.

“Questions or answers to what transpired💪 just didn't want to hurt anyone. but sorry it is what it is 💪

“Me and Mr. N have a family Relationship back in Rongo. For that matter let's respect family and keep family respect, he is not someone I just picked on the streets. So for that matter wish all of you the best of life .~akothee quotes. Courage is fear holding on a moment longer. Wishing you well💪,” she added.

After a week that has been full of news around Queen Elizabeth’s death and William Ruto’s swearing-in preparations, #TheRoundUp is here to once again ...
Entertainment
2 weeks ago

Akothee addresses reports of having a new Mzungu bae

Akothee publicly posted a new 'Mzungu' man on Wednesday, months after announcing her fall-out with her former manager Nelly Oaks.
Entertainment
2 weeks ago