• Brian George parted ways with KTN on August 4 and now he has found a new home at NTV.

• NTV who have been on a mission to revamp their news desk poached Brian George from KTN. 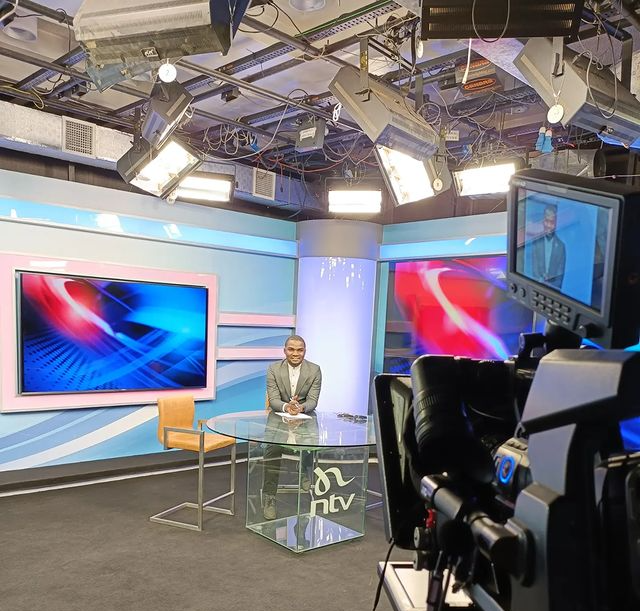 Standard Group-owned TV station KTN has suffered yet another loss after NTV raided their newsroom, making away with their top news anchor.

NTV who have been on a mission to revamp their news desk poached Brian George from KTN.

The journalist switched sides silently until recently when he disclosed that he had found a new home at NTV.

According to George, he joined NTV on August 15 but opted to keep the news private for some time.

"Ooops🤭! Sorry, I forgot to mention🤦🏽‍♂️. It's been exactly a month now since 15th Aug when I started a new job as a broadcast journalist at NTV's Nation Media Group, after my last stint at KTN on 4th Aug. Here's to being intentional. NTV is the way 😀," George announced.

Brian parted ways with Standard Group on August 4, 2022. At KTN he used to anchor the English and business bulletin.

"It is my last day at Standard Group as a News Anchor and Business Reporter for exactly 3 years. Truly grateful to management, colleagues, and you the consumer of our content (viewer, reader, listener) for the support. Mungu ni wetu sote, Tena anatupenda sote," he wrote in his exit message.

Sharing the promo of his new business show on NTV, Brian wrote;

"God knows I put my entire soul into what I choose to do. So when we were filming the promo for my formal NTV intro, I got to meet a match of energy, creativity, and skill in the NTV crew. And here we are. Behold, Behind The Scenes,".

At NTV he joined his former KTN colleagues who were poached to join the station a few months ago. Among them, are Nicholas Wambua, Frida Mwaka, Lofty Matambo, Brian Obuya, Ben Kitili, and his former boss Joe Ageyo who joined Citizen TV before landing at NTV as the new Editorial Director in charge of Broadcast.

Celebrated media personality John-Allan Namu has penned a sweet message to his wife Sheena Makena as they celebrate 12 years in marriage.
Entertainment
1 week ago

County 49 actor Martin Githinji aka Daddie Marto has opened up about many facets of his life in an exclusive interview with Mpasho's Kalondou Musyimi.
Exclusives
2 weeks ago