Elsa Majimbo will never return to Kenya after bullying by Netizens

Majimbo is now a brand Ambassador for different international brands.

• She says she is very happy in Los Angeles, adding that she wouldn't wanna live else where else. 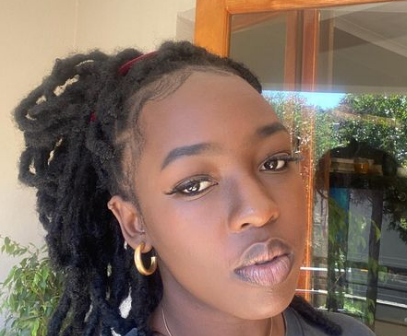 Elsa Majimbo. She has said she will never come back to live in Kenya as people especially Nairobians were rooting for her failure.
Image: Instagram

The comedienne relocated after she was cyber bullied after videos of her went viral during the Covid-19 pandemic.

Speaking during an interview with Forbes, Majimbo says she only comes to Kenya to see her family.

"I have a very complicated relationship with Nairobi. When things started going on well for me there was alot of backlash to me and there were alot of colorist things said towards me and surprisingly its people from Kenya who were doing that and they were bullying me on the internet," she told Forbes.

Majimbo says she is happy with the course her life has taken.

"They were hell bent on my failure and it was so absurd. When the whole world was cheering me on Kenya was praying for my downfall so when I got the chance I packed my bags and I left. I'll go to see my family but I left and I'm never going back."

How does she feel to be young and rich?

"My mum always said what you spoke came to be.

I am now making good money. It feels good to have a choice to do what you want and to help others."

Majimbo was recently named in the top 30 under 30 by Forbes Magazine.

"At 21 I’m so proud of the woman I’ve become. All the family, love and achievements. I’m so blessed and grateful cause I never imagined what I have at 21 in a lifetime. Happy birthday Elsa. You’re an icon."

In an interview posted on her Instagram, Majimbo recounted the first video she went viral.

"I was just in my bedroom and minding my own business. I knew something great was dancing for me," she said.

Majimbo explained that she knew she would one day become a superstar, although she did not know how that would happen.

"You know how you just feel like you are an icon, I could feel it. I just didn't know what I was driving and it just came away," she said.

At the time, she did not have many followers on social media.

"My friends texted me that I was going viral on the Internet and this one girl had posted a video of me and it was making rounds," she said.

"The video made rounds and I was happy to have about 90 followers on Twitter. I posted again and said that is me in case anyone cared."

Twitter users were excited to see her. At the time, Majimbo said her focus was not to build her platform but to make herself happy.

"I started building my platform by doing what I was doing," she said.

Majimbo said although some people hated her content, she ignores them.

"I am more focused on making myself laugh than my audience, which is so odd because that is not the point of comedy," she said.

Raburu- "Bad comments register in someone's mind. It is painful to go through trolls."
Entertainment
1 month ago

4 personalities that can develop as a result of trauma

Traumatic experiences can lead to the development of unexpected personalities,
Lifestyle
2 months ago
WATCH: For the latest videos on entertainment stories

Huddah Monroe: I made my first million at 20