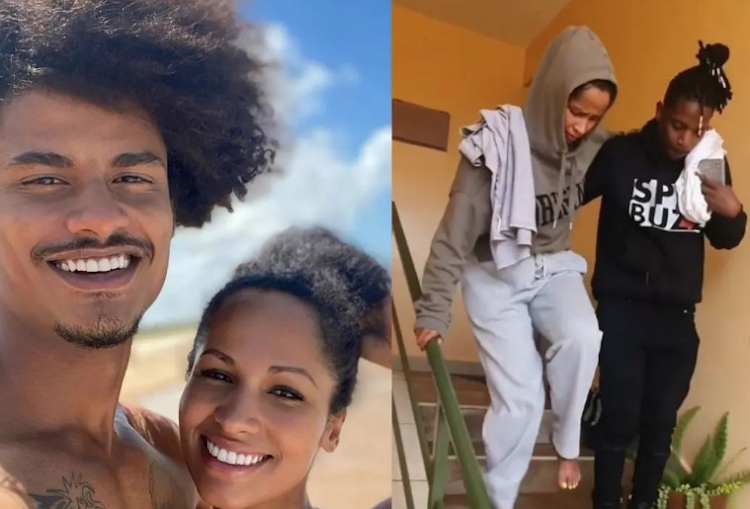 The comedian has pointed a finger at Chantal's current bae, Nicola Traldi, accusing him of battering her.

Responding to the accusations, a surprised Nicola responded to Mpasho via DM, asking, "Me?"

He then went ahead and wrote on his instastories, "I have been framed for something I would never do. Unspeakable. It is a sad day."

Eric took to social media to allege that Nicola beat up Chantal saying, "Any man who puts his hands on a woman is a COWARD!!! Nicola Traldi is a Coward. He is Weak and Insecure."

He continued, "A man's strength is fully shown when he PROTECTS a woman and not when he puts his hands on her. This is UNACCEPTABLE and he will face the Full WRATH of the LAW!!! He will serve as an example to all those UNCOUTH, UNCIVILIZED and PRIMITIVE men who physically assault women to feel they are STRONG!!!"

Nicola responded to the allegations by defending his honour.

"I would never lay my hands on a lady. I'm a father of two daughters. The truth shall come out. Everyone who knows me knows I am incapable of such a thing. My mum taught me well." 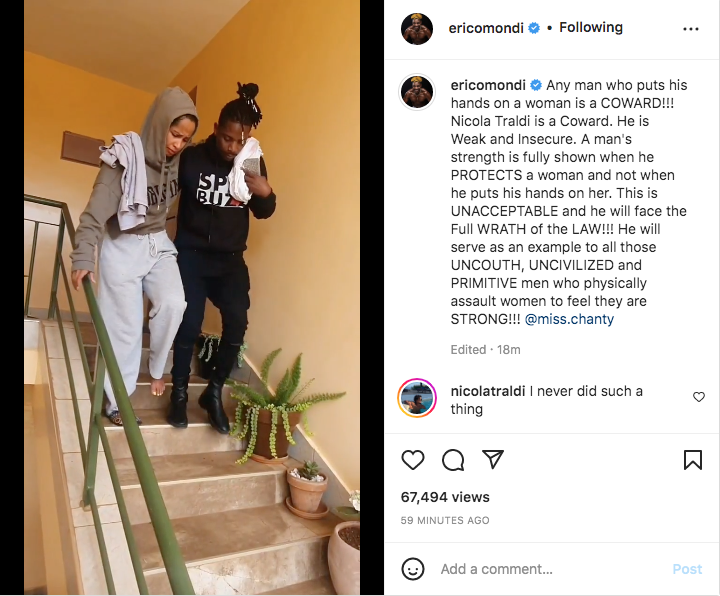 Here are some reactions from Netizens.

honalinur: This is so sad and unacceptable

mercie_kerrie: That's very very wrong and inhuman.a woman is no one's property to be beaten like that😢.

leahngamau: Try this shit on me and my nyerian ancestors just pull up😢😢

phlexx_gaming_gadgets: So sad 😢 may she heal physically, mentally and emotionally 🙏

#IfikieEricOmondi: All about Chantal's rumoured mystery bae
Lifestyle
1 year ago