Watch: Chris Brown refuses to be compared to Michael Jackson

Chris Brown puts to an end any Michael Jackson comparisons

• Chris Brown has opened up for the first time about being compared with Michael Jackson.

• Brown said he tries as much not to think about it because he knows the impact MJ had in his life and career. 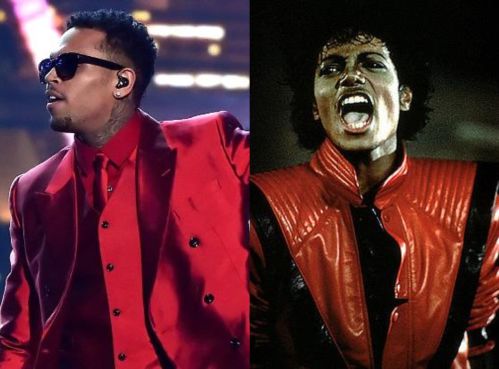 For the last couple of years there have been voices from multiple celebrities and entertainment industry shapers who have been comparing Chris Brown to Michael Jackson.

In fact, some were bold enough to go a step further and insinuate that Brown is a better artist than Michael, despite them being from different generations and even doing different music genres.

Both are icons in their own right, both are great entertainers and have sold millions of records worldwide in addition to having large followings.

Chris Brown sat down for an interview with legend Big Boy where he wanted to know the 'loyal' hit maker's reaction to the comparisons.

Big Boy asked, “You’ve always given it to Michael Jackson. But now you’re getting people where they say man Chris is better than [him].”  To which Brown responded and termed it as, “Cap.”

Brown said he tries as much not to think about it because he knows the impact MJ had on his life and career.

“I stay the hell up out of it… I kind of back off it. My personal take on it is I wouldn’t even be breathing or even be able to sing a song if that man didn’t exist. So I don’t know if they look at it as the Jordan/Kobe thing but I can’t even look at it—(Jackson’s) light years ahead.”

Adding, “There is no competing with him,” Brown continued. “Hell no. I got shrines of this man hanging up in my house. Hell naw, I ain’t better than Michael Jackson.”

The song will be featured on Brown's upcoming 10th studio album dubbed Breezy which is set to be released on June 24th.

Stars set to be featured on the album include Tory Lanez, Jack Harlow, Lil Wayne, Ella Mai, Est Gee, Yung Bleu among others.