• Karen Nyamu's first born daughter was brave enough to hold a snake with no fear.

• Karen's baby daddy shared a photo of his daughter and praised her daughter for conquering his biggest fear. 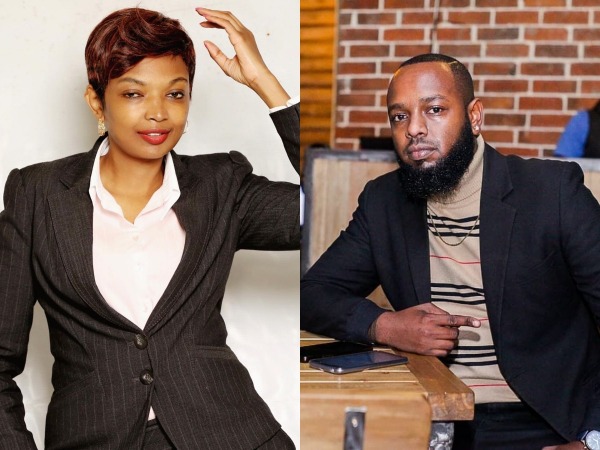 Well, on Saturday, Karen took her kids to a park where there were different animals.

Karen's firstborn daughter was brave enough to hold a snake with no fear.

In one of the videos shared by Karen on her Instagram, her daughter said they want to have a snake as a pet.

Karen's baby daddy shared a photo of his daughter and praised her daughter for conquering his biggest fear.

DJ Saint went ahead to state that he would never try that.

"I can't believe my princess conquered my biggest fear😨 and held a snake.....I'd never try that, catch me dead!!!"

In the comments, fans reminded him that her daughter had said she wanted to have a snake for a pet something he did not agree with.

Here are a few comments;

kirima_grace: She said she want a snake as a pet.

cheprutto: Woiii brave brave girl. And she's smiling while at it..

A week ago, former Machachari actor Ian Nene, alias Almasi said he wanted to keep a snake as his pet.

He added that he would keep the pet once he gets a space for himself.

He captioned the videos,

"A day filled with love and a desire to own my own pet snake."

Machachari actor Almasi was playing with a snake on his neck.
Entertainment
3 weeks ago

Ngilu said Azimio's win is not determined solely by its strongholds.
Politics
3 weeks ago

• Karen Nyamu wrote a fun and amusing about her two well-known baby daddies. • Karen Nyamu has had drama with Samidoh in the past but it seems that ...
Entertainment
2 weeks ago
WATCH: For the latest videos on entertainment stories