• Amber Ray has one child, her son Gavin 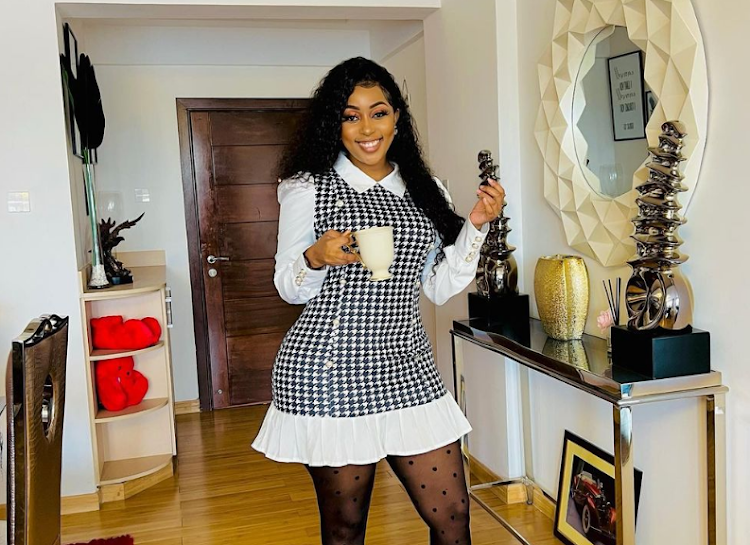 New Bae, who this?

If kuoga na kurudi soko (showering, looking good, and returning to the market/ dating scene) was a person it would definitely be social media personality/ entrepreneur Amber Ray.

Amber has always maintained that her policy is we are here for a good time and the 30-year-old already told us that she is not giving up on love.

Sleuths who love keeping up with the socialite are now beyond no doubt convinced that the mother of one is dating Kennedy Rapudo.

There have been rumours that the two were dating but by then there was no concrete proof until last night during one of Amber's hosting gigs.

Kennedy paraded Amber Ray on his Instagram stories showcasing their watches and her finely manicured nails as the two lovingly held hands.

Netizens speculated that they had decided to make their relationship public since it was evident that online FBI's had already uncovered Amber's, new man.

However Amber did not post much on her stories just her outfit and makeup look, I think they assumed people would not be keen as Radupo is not famous and his account is private.

She has been awfully quiet and has not addressed anything the whole day nor been online to entertain her fans as she usually does.

According to his Instagram page, Kennedy just like Amber is a lover of all things fine and an adventure junkie. His Instagram bio reads, " Life is either a daring adventure or nothing at all."

Kennedy is also a learned fine black man with a masters degree in International Relations.

This is Amber's latest boyfriend this year.

Mind you now is when we're starting the second half of the year. Like guys it has only been 5 months since the year began.

Either way, I wish the curvaceous babe all the best hoping this chapter (if indeed it is 100% true) all the very best.

Amber said she does not have to go to a witchdoctor to win a man's heart.
Exclusives
5 months ago

'How many men do I need to fund me?' Amber responds to questions about her lifestyle

Sometimes you have to give haters what they want
Exclusives
5 months ago
WATCH: For the latest videos on entertainment stories