'My friends and family are the reason I'm struggling in Nairobi,' Krg the Don reveals

Krg posted a screenshot of his monthly spending which was over 2.4 million shillings 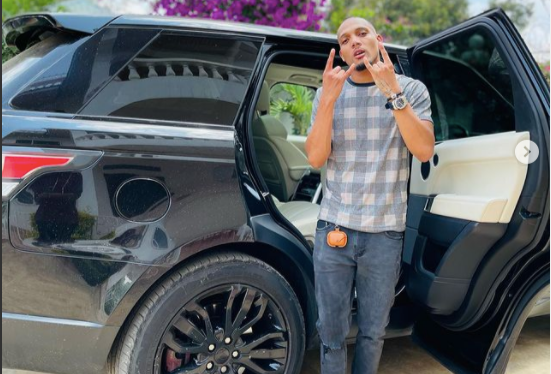 Dancehall musician Krg the Don is a flashy spender and enjoys fine things in life, I mean if you work for it then you should most definitely enjoy it.

But the thing is he is a family man so no way he is enjoying his wealth alone.

In the post, he attributed his "problems" (I wonder which ones) to his friends and family being extra.

"My friend and family are the reason niko na shida hii (I have problems in) Nairobi." He jokingly captioned the post.

Later on, followed by an overview of his total spend within the last six months which amounted to... wait for it... 10 million shillings and 24 thousand.

He captioned the screenshot, "Mungu wangu, wah (Ooh my Lord)" as his song "Some Money" played in the IG stories.

This comes just a month after he posted online saying, " my family n friends this month give me a break.”

The Don is known for his flamboyant, flashy lifestyle and his love for (for lack of a better term) bragging.

Because why else would you record a video eating with a bunch of car keys displayed on the table or always showcase your iPhones to us... huh?

Close to over a week ago, KRG the Don praised his son for saving him from the claws of women. The rapper says he was irresponsible before his son came along.

Speaking during his son's birthday party the Don started by praising his firstborn saying that he had helped him change as a man.

"Before I got him, I used to spend all my money on myself. It was women and alcohol. But when I got him I had to be responsible. I have to take care of myself cause if I die,  I will leave my child struggling."

In case his wealth puzzles you, Krg is a well-established artist, who has been in the music industry for over 10years, with a background experience of being a certified DJ, having various club bangers, and owning a record label in Kenya.

He also owns a traveling agency that offers ticketing services and hires cars out and recently ventured into the hospitality industry with the official opening of the Casa Lounge based along Ngong road.

Kenya rapper KRG the Don has revealed that he usually spends Ksh 100,000 per day. This he says is used on things such as buying fuel and lunch. He ...
Entertainment
1 year ago
WATCH: For the latest videos on entertainment stories