• However, in the past, Anerlisa has admitted that she posts fake stories to confuse her followers and make them think they know her better.

• Anerlisa had on numerous occasions, identified herself as 'Someone's wife'. 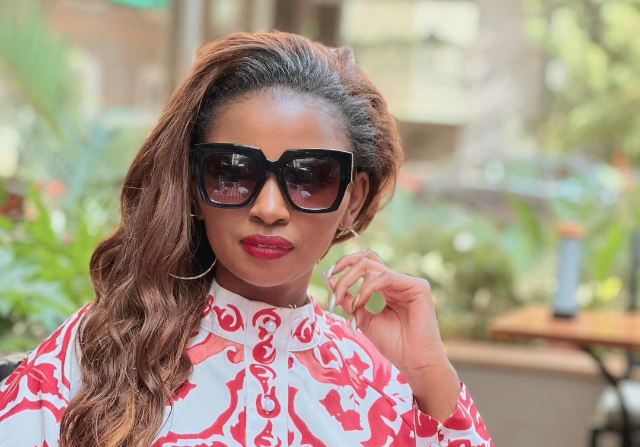 Keroche Breweries heiress Anerlisa Muigai has been hinting that she is in a happy relationship.

This is after her divorce from Tanzanian singer Ben Pol last year.

In her recent Insta stories, Anerlisa identifies herself as 'Someone's wife'. She was listening to Wyse's love song Butterfly.

In a different post, Anerlisa shaded her exes saying:

"Don't ever think you used me, you just ran into a real one with a big heart."

However, in the past, Anerlisa has admitted that she posts fake stories to confuse her followers and make them think they know her better.

On her Instagram page, she said there is nobody who knows her because she posts misleading stories.

She added that she alone knows who she can confide in.

"I am that person who will tell different stories to different people so when you go out and spread, I’ll know who to tell the real truth. I am also the same person who creates stories to make you think like you know me but actually, ‘nobody knows me.’ I like private life and those who can keep a secret."

When Anerlisa got married to Ben Pol, she did not reveal it to her fans.

Fans only learnt about the wedding after Tanzanian bloggers shared the news online.

When she divorced Ben Pol, the reason they privately wedded was that both parties had mixed feelings about their wedding.

Also, no one from Anerlisa's family, including his parents, siblings and relatives, attended.

He noted the reason was that the borders were closed due to the Covid-19 pandemic hence his ex-lover's family could not join them.

Anerlisa's family had also requested them to wait and marry at a later date, but the two could not wait any longer.

Anerlisa announced her divorce from Ben Pol in an encrypted message via her Instagram story, saying:

"I would like to make it clear that I signed whatever was needed to be signed and I do not wish to be associated with anyone. My focus right now is my career and my peace."

She said that Ben Pol lacked respect by talking about their marriage that only lasted for months.
Entertainment
1 year ago

Why my marriage broke- Ben Pol

Tanzanian singer Ben Pol says it was all God's plan that his marriage with Keroche heiress ended.
Entertainment
1 year ago
WATCH: For the latest videos on entertainment stories