Reason why Davido's planned show in Kenya did not go down

• His performance fees played a huge role in event cancellation. 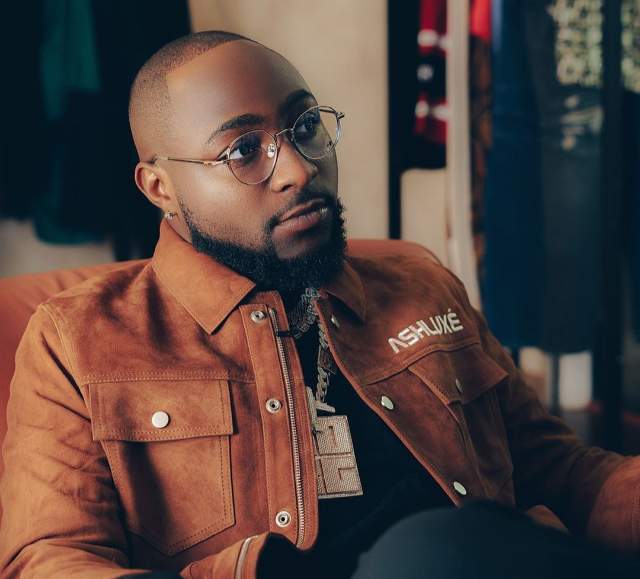 A few weeks ago Kenyans were sent into a frenzy after a poster announcing that Davido was set to perform in Kenya on 21st May 2022.

However, the news were quashed leaving many Davido fans heartbroken after his manager, Bobo F. Ajudua denied that his client was planning to perform in Kenya.  "Kenya show? A different Davido o," he tweeted.

Before adding, "Really hope that no one is out there purchasing tickets."

But did the manager lie to millions of Davido fans in the 254? 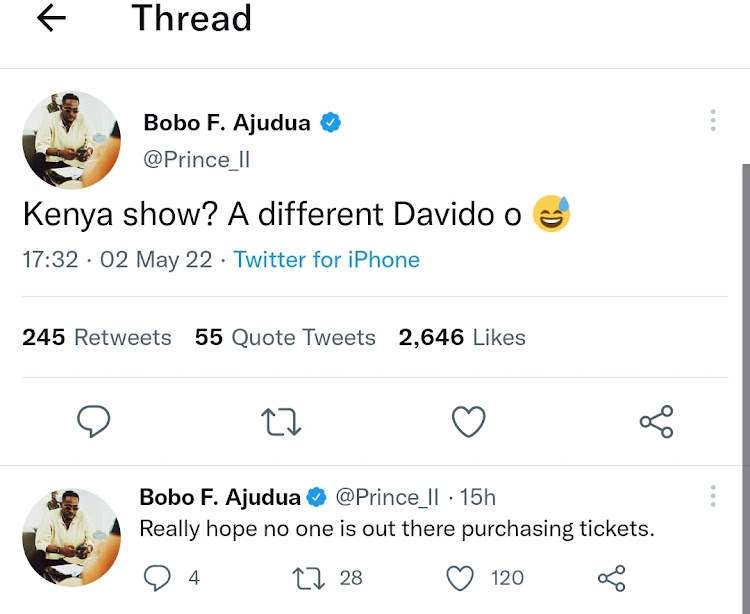 According to Nation, it seems like the concert was meant to happen but his management's absurd demands killed everything.

An insider familiar to what was going on told the paper that 21ncententertainment company had reached out to Davido's management and even sent him a contract.

The insider added that Davido charged the entertainment company a whooping Sh35 million for the show and that was inclusive of his private jet which he uses whenever he is performing outside Nigeria.

Davido's management gave the entertainment company an ultimatum, asking them to deposit a certain amount as an advance payment for his services by April 26th. However, the date elapsed and that was the beginning of the end of the negotiations.

It was then that they were asked to bring down the fliers. Davido's performance fees also played a huge role given that they were seeking his services on a short notice and they had a feeling that they would not make profit from his concert.

“What I know is that Davido billed them $250,000 as his performance fees. The extra $50,000 was to cater for his private jet. The last time we brought him to Kenya we paid the exact amount for performance fees; however, for his private jet, we got a discount and paid $18,000 (Sh2 million), but you see that was a long time ago. I think they tried negotiating for a discount, but things didn’t work out.”

According to mp3bullet.ng,  Davido, an international star charges $200,000 for performances outside Nigeria and was in 2020 quoted by Amplify Dot show on Apple Music 1 saying that he charges American artists a whooping Sh8 million for a collaboration.

It is worth noting that The hefty performance fees goes to cater for his entourage of up to 18 staffers which includes his lawyer, manager, bodyguards and a deejay.

Davido will not be performing in Kenya this month

Davido is however not the only West African star set to thrill Kenyans with Rema, also another Nigerian artist set to perform at the Mwanaume ni ...
Entertainment
4 weeks ago