Comedian Terence was a street child and his granny rescued him

• Terence said he will dedicate his birthday to all who have gone through hardships in life.

• Terence encouraged his followers to never forget where they came from once they get to where they were going. 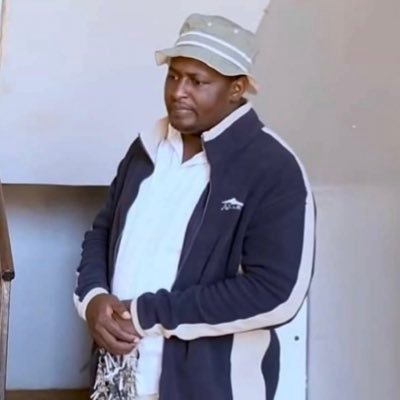 The father of three shared throwback photos of himself, encouraging his fans to remain focused and never give up.

Terence said he will dedicate his birthday to all who have gone through hardships in life.

He recounted his journey as a street child and going through life as an orphan.

Terence encouraged his followers to never forget where they came from once they get to where they were going.

"God had great plans for your future and what appears normal to you is a miracle to someone else," he wrote.

Here are the photos he shared and the caption;

The first photo he shared is of himself at 13 years.

"I was a chokora when I walked into St Teresa’s girls (Eastleigh) they have a hall there,there was a wedding and I just went to the kitchen bin to look for remnants (mabakisho) only to meet one of my aunts doing the dishes,she is the one who took this photo.2.

2nd photo that is my mum, this is one of the two clear photos that I have,her uncle took this photo,my uncle had taken her to be recruited to join kws then but she refused,later in life I became a KWS ambassador for Zuru."

Terence also shared a photo of himself with his grandmother, who took him in after he was born.

"She hustled so much to make sure I go to school and have food,in this photo I had visited her in MLANGO kubwa - Mathare before moving her to lower Kabete then start building for her. keep resting queen (Sekereti)"

In another photo, Terence was with his brothers who took him to a children's home.

The other photos showed the day Terence laid his mother to rest, joined the children's home and when he joined MKU.

"I had to drop out on my 3rd year and follow my passion - acting. Nitarudi kusoma."

He also shared a memory on his first day on TV and first photo shoot with his wife Milly Chebby.

"One day we had an argument and I went out and slept out for two days." - Terence
Entertainment
9 months ago

"Every time someone opened the door we would say surprise only to see it was not him." - Milly Chebby
Entertainment
9 months ago