KWS officials had been contacted to neutralize the 'lion'

• The Carrefour carrier bag had been used to plant a tree and placed under a flower bed.

• KWS only realized it was carrier bag after they tried to neutralize the 'lion'. 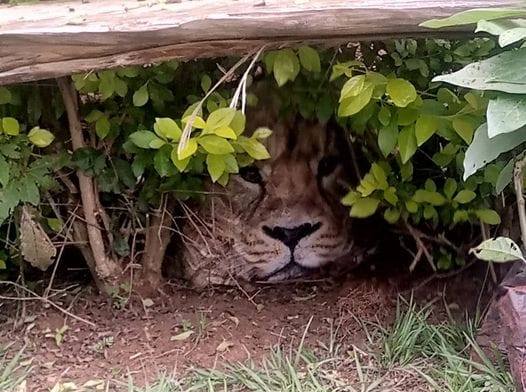 A carrerfour carrier bag that left residents in fear thinking a it was a lion
Image: Courtesy

Residents of Meru county were left in panic over a possible lion attack after spotting a carrier bag from the Carrefour chain of supermarkets.

The bag, whose design takes after the head of a lion had been placed under a flower bed, and to the naked eye, it looked like a lion waiting to attack.

According to the source, the chief was contacted after the people spotted the 'lion.'

He then contacted KWS officials who came to the rescue of the villagers.

"This Carrefour bag has caused panic in ur village in Meru this afternoon. The area chief confirmed over 500 people came to the scene to see the lion.

KWS people were also alerted. They came and confirmed it was a lion and took time to prepare before getting into the compound to neutralize the shopping bag. Carrefour should he be held liable," Shared the source 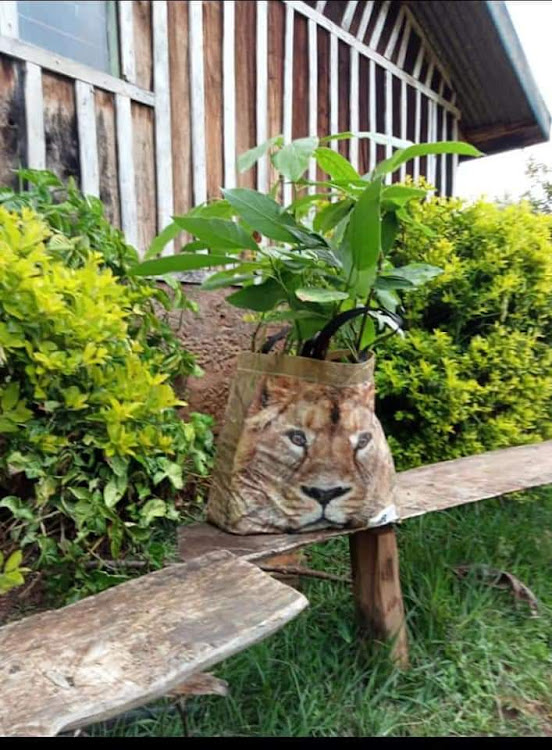 A Carrefour bag that caused panic in Meru after the residents assumed a lion had attacked
Image: Courtesy

This is not the first time lions are going to where people live.

In July 2021 a lion was spotted taking a stroll in Ongata Rongai.

The stray lion was spotted by tenants lying on the corridors of residential houses.

Kenya Wildlife Services (KWS) was immediately alerted of the presence of the lion and responded promptly by rushing to evacuate the lion from the scene.

KWS officers dispersed the large crowd from the scene and proceeded to remove the stray lion from the residential area.

The lion is believed to have escaped from the Nairobi National Park because of its close proximity to the area.

It is believed that lions leave the park due to its close proximity to the human habitat.

It is however a risky thing because it can easily attack when it feels threatened or agitated.

'To my soulmate,' Read Diamond's letter from mystery 'wife'

• Hamisa also celebrated her son and asked God to protect him
Entertainment
9 months ago
WATCH: For the latest videos on entertainment stories