Arrow first asked my parents before he even proposed-Nadia Mukami

• Nadia had had a miscarriage before she and Arrow Bwoy welcomed their son, Haseeb Kai.

• Arrow Bwoy's dad had been hospitalized for a while over an undisclosed ailment before his demise. 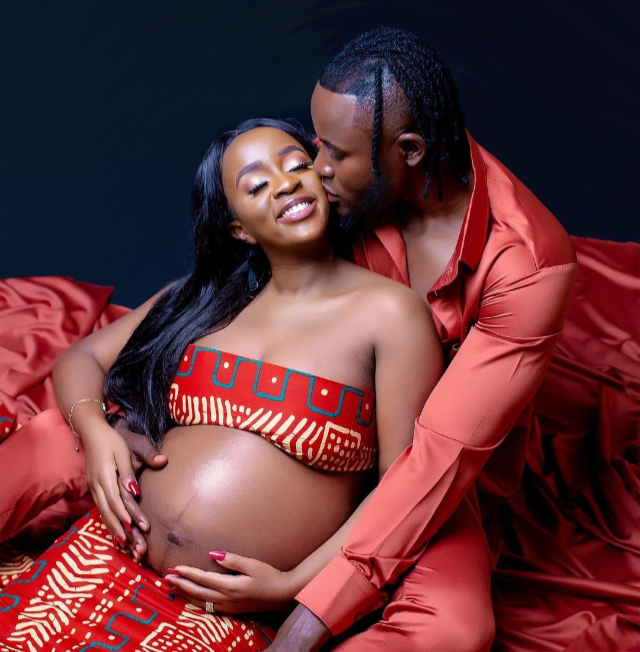 Nadia Mukami says Arrow Bwoy approached her parents first before asking for her hand in marriage.

The African Pop star says she found this very unconventional as it wasn't supposed to be done that way. Speaking on her YouTube channel, she said,

"He told me that he wanted me to meet my parents, I thought it was a normal introduction. He asked for my hand in marriage from my parents before he even proposed to me. At the time we had already made the relationship public."

Arrow Bwoy says he had planned to propose earlier before the death of his dad hit.

"I was supposed to propose on her birthday but she decided to rush, I bought the ring and it was big. We went to a shop where we buy rings and duped her to fit, and I got her the right size. The ring got resized and got sent to us 1 month after my dad's burial. So I was with it for some time before I finally proposed."

Nadia says the death of her father-in-law hurt her so badly.

"I was hurt by the death of your dad because I wanted him to meet our child, you were the only one who had no child among your siblings. Even now I feel bad when he talks about how eager his dad was to meet our kids."

The mother of one had to get rid of her proposal ring due to her fingers swelling due to the pregnancy hence making it painful to wear the ring.

Arrow Bwoy proposed during the launch of his 'Focus' album 1 month ago. The couple plans to wed once their son is at least 6 months old or older than that.

Nadia Mukami comes clean on whether she wants more kids

'It is a matter of life and death,' Arrow Bwoy shares his delivery room experience

She was forced to perform 5 days after miscarriage.
Entertainment
3 months ago

"24.03.2022 We received the most Beautiful Gift Ever @haseebkai welcome to our world." -Arrow Bwoy
Entertainment
3 months ago
WATCH: For the latest videos on entertainment stories