• Sean Andrew is single at the moment. 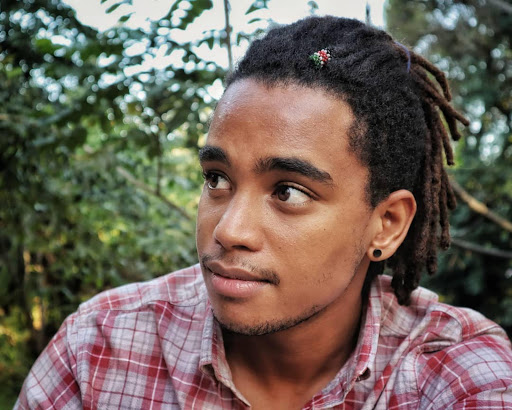 Kibaki’s grandson, Sean Andrew does not want to have children of his own.

In a recent Q and A session with his fans, the famous model said he doesn't want to have children in the future.

"I just don't want kids, it's something I've known for a long time."

In a past online session with his fans, a fan asked if he ever thought of getting married and settling down.

"Yes, I’ve thought of it, but I don’t see myself being a father, a husband maybe but I don’t want kids. Never have."

Asked if he is seeing someone, he said, "Yet to find someone on my wavelength."

Sean also said he has used a matatu once just for the experience.

"I even tipped the driver. He thought I was mad."

He also revealed that he had also had several challenges in his life, noting,

"Mental health, bullying, anxiety...I'm not perfect nor do I wish to be i am sure we all have a story, some day I'll tell you mine.

In an interview with the Standard, he fell into depression after he lost people close to him.

"When I lost my maternal grandfather when I was 13 years old, I went through depression and it got so bad that I wanted to take my life at some point.

"My grandfather was my rock. He was my everything and my best friend. He was the only person I felt safe with. After his death, so many people started taking advantage of me and I became so paranoid over a lot of things," he said

"Every time I tried to take my life, I’d think about the people I had come to love and what I’d leave behind and at what cost. I am a selfless person and even when it came to suicide, the people I love came first," he stated.

The former president's grandson noted that to date, he still struggles with some issues but tries to forge on.

"I quit toxic behaviour, like drinking alcohol, after I got to the point where I almost became an alcoholic. I am happier now and in a much better place," he revealed.

'No children for me!' - Kamene Goro

'I want my kids to go to a better school than I went to and that won't be cheap.' - Kamene Goro
Entertainment
4 months ago