Dr Ofweneke reveals why he will add another kid 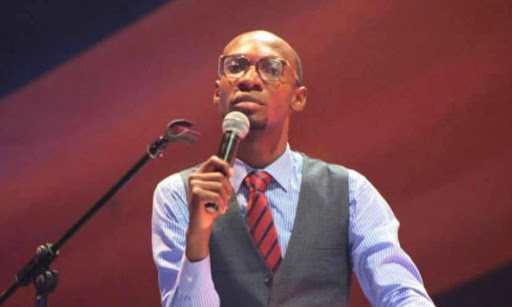 Comedian and media personality Dr Ofweneke has revealed that he will add another child with his partner Christine.

Speaking on his YouTube Channel with Kamene Goro, the comedian said his two daughters want him to have another child.

Ofweneke has three children, two daughters with gospel singer Nicah the Queen and one with his partner Christine.

During the interview, Ofweneke also revealed he pays over sh 150k for his two kids' school fees.

Kamene was of the idea that he should not have another child.

"I need to add more despite me paying over Ksh150k per term for my two daughters' school fees. I will add one since my daughters said they want me to have another one," he said.

"These kids have no shame. Two months ago, I go to visit them at their mum's, Nicah, they sit me down and tell me, daddy we need to talk.

Ofweneke said he was surprised that in an African setup, a seven-year-old and an eleven-year-old could sit down their parent and share such information.

All about DJ Lithium who died at the Capital FM offices

Before his death, DJ Lithium deleted all his social media accounts.
Crime
8 months ago