• "One took a rungu and started hitting me on the head but because I have done taekwondo, I was able to defend myself."- Jane Mugo 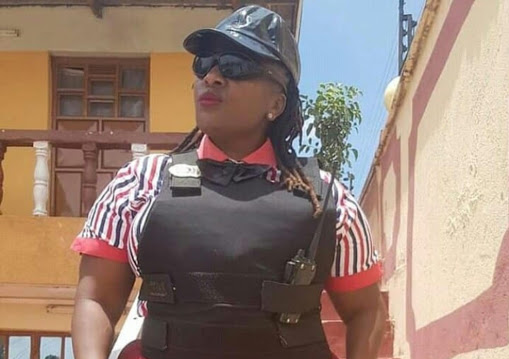 Private Investigator Jane Mugo has opened up on the kidnapping ordeal that left her for dead in late 2021.

In an interview on Inooro TV, Jane says she had been hired by families whose members had tried to be assassinated by some politicians.

Some of the politicians were involved in land grabbing she said,

"In 2019 I was being threatened and some of the people were politicians who were involved in land grabbing and in attempted murder cases. They got angry after I exposed them hence they started sending threats.

I forgave them and from 2019 I was working very well, but on 24th November 2021, my team and I were coming from an assignment in Bungoma when we got attacked. Our vehicle was sprayed with bullets before we got kidnapped in separate cars."

Rapper Khaligraph Jones asked to work with Jamaican artiste Konshens but he was too busy for him.A fan has asked
Exclusives
2 weeks ago

"There were 8 men, four of them went with my employees while the other four went with me and took me to Bantu forest. One took a rungu and started hitting me on the head but because I have done taekwondo, I was able to defend myself.

But that left me with fractured hands. The people wanted me to keep away from a murder where a woman recently lost her life.

I only survived because some of the thugs were against shedding the blood of a woman. One of the thugs told the one who was beating me he would shoot him if he continued beating me up and that is how I survived.

I crawled for almost half a kilometre from the forest before I got someone to help me."

"Always remember that not everyone is happy or even proud of you." -Betty Kyallo
Lifestyle
2 weeks ago