List of winners from the untelevised Golden Globes (Video) 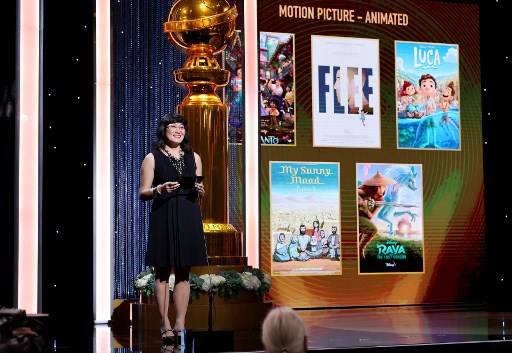 "The Power of the Dog" and "West Side Story" on Sunday took the top film prizes at an untelevised Golden Globes, largely ignored by Hollywood, where winners were unveiled via a live blog without any of the usual A-list glamour.

Jane Campion's dark Western "The Power of the Dog" became the second film directed by a woman to win the best drama prize. The film also won for best director and best supporting actor for Kodi Smit-McPhee.

Will Smith and Nicole Kidman won the best actor and actress drama prizes for their turns in "King Richard" and "Being the Ricardos," while HBO drama "Succession" led the television prizes.

But none of the stars were present.

The award races, which are usually closely followed for the immediate boost to box office tallies and Oscar hopes that a Globes win can provide, were hugely overshadowed by a long-brewing row over ethical lapses by the organizers.

The Hollywood Foreign Press Association, a group of 100-odd entertainment writers with links to foreign publications, has been accused of a litany of failings from corruption to racism.

The Globes are traditionally billed as Tinseltown's biggest party -- in past years, the event was watched by TV audiences of millions and spawned frenzied debate and memes on social media.

This year, NBC scrapped its broadcast, and the event failed to trend on Twitter, where pop culture fans were more preoccupied with the death of US comedian Bob Saget.

"I am broken. I am gutted. I am in complete and utter shock. I will never ever have another friend like him. I love you so much Bobby," tweeted actor ...
Lifestyle
2 weeks ago