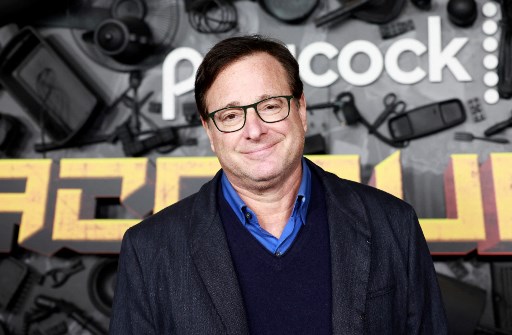 Bob Saget, the US comedian who delighted millions as the star of television's "Full House" in the 1980s and 1990s, has died, his family said Sunday. He was 65.

"We are devastated to confirm that our beloved Bob passed away today," Saget's family said in a statement published by People magazine. "He was everything to us and we want you to know how much he loved his fans, performing live and bringing people from all walks of life together with laughter."

Saget, often heralded as "America's dad" and one of the most ubiquitous faces on US television in the 1990s, was found dead in a Florida hotel room on Sunday, the Orange County Sheriff's office said.

It was unclear how he died.

Detectives saw no signs of foul play or drugs when they were called to the Ritz-Carlton Orlando, Grande Lakes, where Saget had been found "unresponsive," according to police.

He had been touring the country and had done a show in Jacksonville the night before his body was found. He tweeted after the performance that he had "loved" it.

"Appreciative audience... I had no idea I did a 2 hr set tonight. I’m happily addicted again to this shit," the actor wrote, telling fans to check his website for 2022 tour dates.

Tributes poured in, including from his Full House co-stars.

Saget starred in the show as Danny Tanner, the widowed father of three girls, and his efforts to raise them -- assisted by his brother-in-law Jesse and friend Joey -- formed the heart of the popular sitcom.

"I am broken. I am gutted. I am in complete and utter shock. I will never ever have another friend like him. I love you so much Bobby," tweeted actor John Stamos, who played Jesse.

Candace Cameron Bure, who played Saget's eldest daughter on the show, tweeted: "I have no words. Bob was one of the best humans beings I’ve ever known in my life. I loved him so much."

Netflix aired a sequel focusing on one of Danny's daughters, DJ Tanner, which ran from 2016-2020.

Though his television persona was "America's dad," his stand-up comedy was known for being far more raunchy.

Saget was also a host of America's Funniest Home Videos, wildly popular in the pre-YouTube era, and had been the voice of the narrator on the CBS hit show "How I Met Your Mother."

Star Trek actor George Takei said Saget was "a regular presence in our living rooms, bringing to us the funniest videos and countless belly laughs."

"Gone too soon, like so many of the brightest souls," he wrote.

"Still in shock. I just spoke with Bob a few days ago. We stayed on the phone as usual making each other laugh," comic Gilbert Gottfried wrote on Twitter.

Actor and director B.J. Novak tweeted: "I have always and will always love Bob Saget."

Fellow comedians lined up to pay tribute to his kindness as well as his craft.

In a tweet, Richard Lewis remembered Saget as "not just hilarious but more importantly one of the kindest human beings I ever met in my career."

Saget was born in Philadelphia in 1956. He had three children -- twins Aubrey and Lara, and Jennifer -- with his first wife, Sherri Kramer Saget.

He is survived by his children and his second wife, Kelly Rizzo.

Alec Baldwin has denied claims he is not cooperating with the investigation into the shooting on the set of the movie 'Rust' in October.
Entertainment
7 months ago