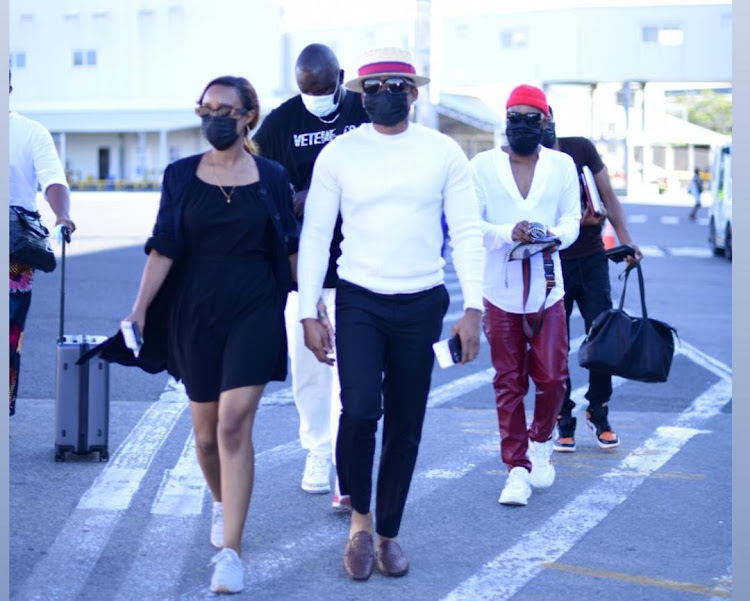 During the festive season Otile Brown's bae Nabbi flew in to spend quality time with him.

They had sooo much fun that Nabbi documented their time together and shared a video where Otile called her on stage to greet the fans.

"Much love to you all," wrote a super excited Nabbi.

In the video, Otile Brown is performing at Pride Inn during the holiday season and fans shout asking for him to present Nabbi.

He tells them, "Nabbi is in the house just in case you know who Nabbi is and I wrote her this song."

Excited fans shout asking for her to come on stage. "Where is she. We would like to see her."

Nabbi obliged her adoring fans and made a cameo on stage dressed in a fuscia bodycon dress with blond curly hair where she waved at the fans.

Today morning, Jalango who is under siege for revealing that Nadia Mukami is expecting her first child with Arrow Bwouy, defended himself against that.

He also lauded Otile Brown and Nabbi. Check it out below.

He termed it as a 'stupid question' because many people know what happened to the group.
Entertainment
4 months ago