Muthoni wa Mukiri: Why I did not succumb to pressure to get married

• Muthoni had been receiving a lot of pressure from her fans and even family that she should get married. 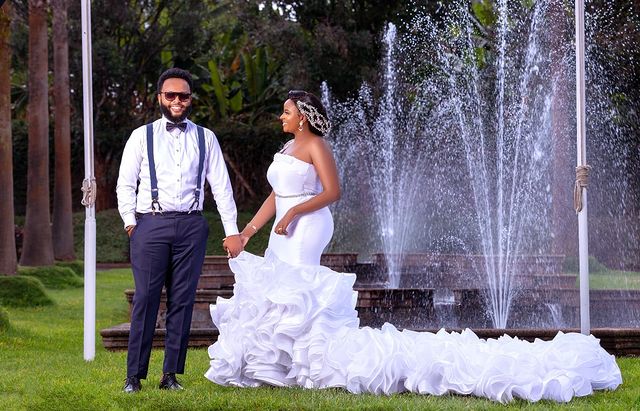 Former Inooro TV presenter has come out to speak about why she did not bow to the pressure of getting married at a certain age.

Speaking on her YouTube channel, newlywed Muthoni said she will be turning 33 years next month and that she is proud she waited for the right man.

Muthoni added that she had been receiving a lot of pressure from her fans and even family that she should get married.

"It's not about the age but about doing it for yourself and getting the person you want for the rest of your life. I had received a lot of pressure from everyone including my family members," she said.

Muthoni said having been in toxic relationships before, she wanted to take her time before settling down with a man.

"Even some told me if I don't want to get married that I should get a baby but I never bowed to the pressure since I wanted to Make myself proud and give myself the best."

"I suffered in weird toxic relationships and I did not want to suffer again. I just knew the kind of a man I wanted. I was done crying in relationships and dating people who did not see a future with me and wasting time with me," she said.

Muthoni said that after her last toxic relationship, she called herself to a meeting and told said that was not the kind of a relationship she wanted.

"Unhappiness is not the normal thing in relationships but most people think suffering is a norm. You can be intentional, you can break up and go back to finding your happiness. It surprises me when people think ati lazima mwanaume alale nje..."

The comedian noted that the past few days have been heavy on him following the death of two important people in his life, including Empresal.
Entertainment
9 months ago