•She was featured on Eric Omondi's wife material 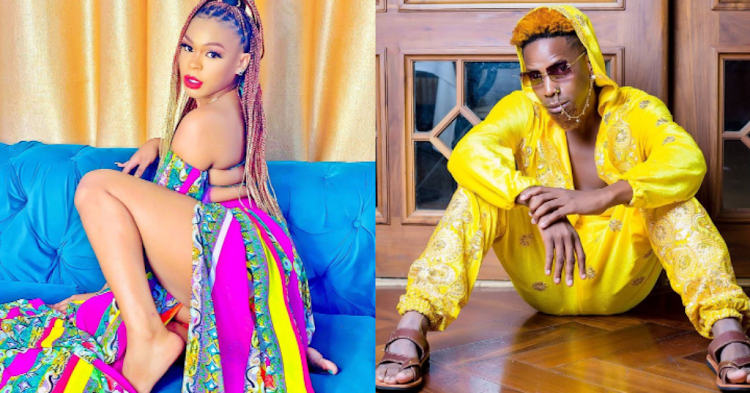 Tanzanian socialite Gigy Money says singer Diamond Platnumz has made her break up with a lot of men. Gigy Money came into the Kenyan spotlight after she caused drama at the Eric Omondi scripted show 'Wife Material'.

Speaking to the media over the weekend, Money said that being a fan of the Wasafi CEO has cost her many of her relationships.

"I have dumped so many men because of Diamond. So many of them including a Nigerian. We even fought (with the Nigerian man) because he felt I was being invited to everything that concerned Diamond."

When asked whether Diamond is serious with his own love life, she said;

"He is the problem, that man wants to also be with old women, young and old, it gets to a point where he doesn't want the fame and the name. He meets thousands of women out there and when he gets to talk to them, he doesn't get to like them because women are character and not looks."

She went on to ask women to give the bongo star a break from relationships.

"He's been with a couple of women so just let him relax for now."

Tanzanian singer Gigy Money who was featured in the controversial show, "Wife Material", by Eric Omondi has admitted to wearing butt lifters.
Entertainment
7 months ago