Maria actor Luwi, had to lose weight for role in the program

• Actor Luwi; "When I was depressed that Maria was allegedly dead. I had to loose weight for me to fit that role." 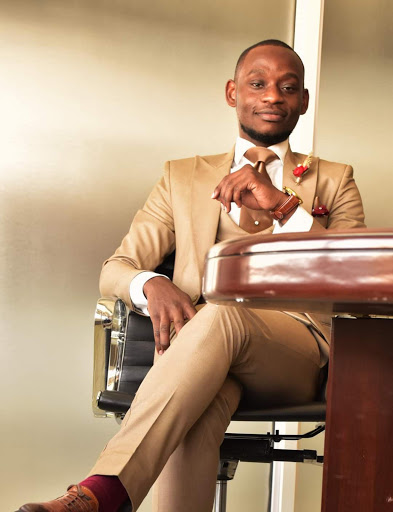 Brian Ogana who stars as Luwi in the Citizen TV show, Maria, says he it was humbling to be the main character in the program.

Speaking to Itugi TV, Brian said the character Luwi was one of the craziest he has ever played.

"But I say it's God's timing, grace and favour. It was sensational that people still remember about it.

At one point I ran mad, I was a mama's boy, I was depressed. You can imagine combining all those characters. It was a roller coaster," he said.

Brian said that the role was not easy and at one time, he had to lose weight just to fit in the role. "When I was depressed that Maria was allegedly dead. I had to lose weight for me to fit that role. People don't know that you need to de-role otherwise you can run mad."

Brian said away from his popular role in the programme, he was also a news anchor at GBS media.

"I have done international documentaries and so many things before Maria."

On how he felt after the programme ended, he said he was ready;

"Any good thing at one point it will come to an end. I had to prepare myself in advance so that when it ends, my life doesn't have to stop. Most artiste assume that any project they touch, it will never come to an end. Everyday people are bringing new ideas. Don't overstay in one place. Do your best and let people remember you."

Sharp official suits were his usual attire whether at home, in the office or even when he stepped out for non-official business in the programme thanks to his upbringing.

"What people don't know is that Brian Martin is a suit guy and thanks to my mum. I started wearing suits at the age of three. I dress myself since am so particular into details and I own up to my own style, People relate with my style."

Diamond Platnumz has been down south visiting his first baby mama (that we know of) Zari and the two kids that they share together.
Entertainment
1 week ago