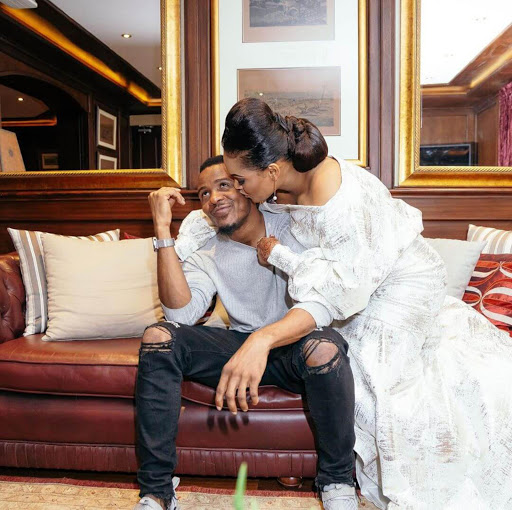 For the longest time, Ali Kiba's wife, Amina Khaleef has kept her marriage and personal life out of the limelight.

After their grand fairytale wedding that was broadcast in Kenya and Tanzania, little has been heard about Amina.

Over the weekend her husband, bongo star Ali Kiba,  had a listening party in Nairobi for his latest album titled Only One King.

Amina's mother-in-law spoke about that.

In an interview with a section of the Tanzanian press, she said, "As husband and wife, they are the ones who know how they do things."

Adding, "I don't have the authority to tell Amina to come here, her husband should do that. If her husband told her to stay with the kids, who am I?"

Asked whether Kiba and his wife are still together, she said, "Wale watu hawajaachana." (They have not separated).

Anyhow, the reason she may not have attended is that she is currently nursing a newborn. The celebrity couple welcomed their secondborn in May 2021.

Amina revealed the name of their second-born son after months of keeping him a secret.

In a QnA session via her Instagram, Amina disclosed that they named their little angel Kamran.

A fan asked Amina,  “Can you give out the name of your second-born son?"

Kamran is a Persian name that means 'prosperous or fortunate'.

For those who have been following the whirlwind romance of Ali Kiba and his wife Amina, you will notice that she is a staunch Muslim.

And also her personality is not one that subscribes to taking the centerstage when the limelight is on her husband, she steps back and lets him do his thing.

Actor Ken Gichoya alias Njoro has revealed the reason he does not post his wife on social media.
Entertainment
4 days ago