• Samidoh hurt his leg while taking selfies with his fans. 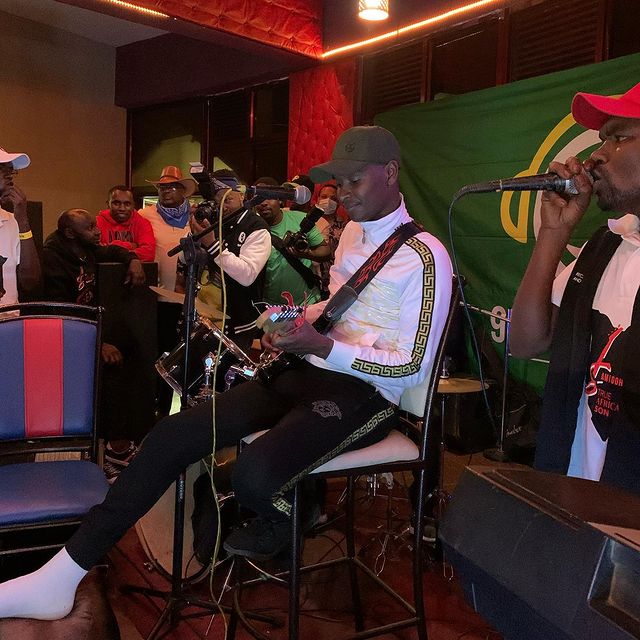 Mugiithi singer Samidoh has been performing while seated for two weeks now.

His fans have been curious to know what happened after viral photos of him having a bandage on his right leg.

Well, through his manager, Samidoh hurt his leg while taking selfies with his fans.

His manager says that despite the fracture, he still will continue to entertain his fans through his music.

"The fracture occurred during a 'stampede for selfies' moment in Mwea."

Unaware of them, fans pushed him backward in a steep-stone path. However, this has not stopped him from performing.

His love and passion for music doesn't let a little thing like a broken leg keep him away from his fans."

When fans enquire from him what happened, Samidoh smiles saying;

"It is what it is. I may not be able to or run but I can still play guitar and perform. My fans want my voice not my legs...."

Since he got his leg plastered, Samidoh has so far performed in different shows. Among them is the recent Gukena FM's Mugiithi that took place at Maxland Hote.

"He has 11 more shows scheduled for this month which will go on as planned," the manager said.

He is scheduled for a U.S.A Mugithi Tour and his manager say the tour remains unaffected.

Pensions also shall be denied to any widow or widower who abandons any of a deceased KDF officer's children.
Crime
1 week ago