Mr. Seed and Nimo get candid on their marriage and the struggles they face

• Nimo revealed that she underrates her husband at times. 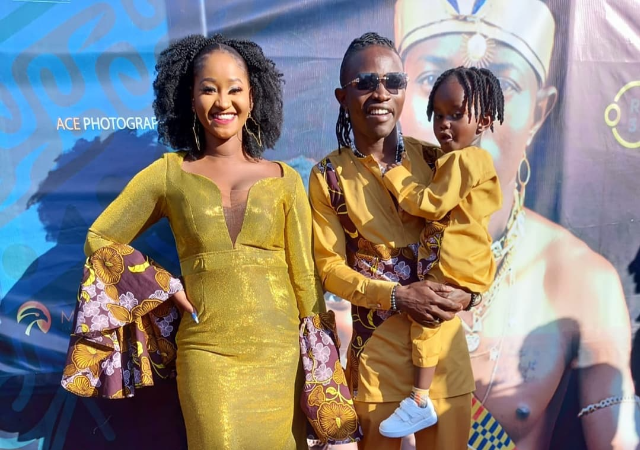 Mr. Seed and his wife Nimo have had their fair share of good and bad publicity as celebrities.

In an exclusive interview with Mpasho, Nimo revealed that she underrates her husband at times.

"You know I underrate him as I am so used to being with him but when we are at such events like this album launch is when I see that he is truly a star."

She also revealed that they are each other's biggest support system.

"The times he feels low I am the one who is always there to remind him it will work and he does the same for me."

For Mr Seed, his wife has been his support system and the force behind some of his projects.

"All the love songs in the album are all inspired by her. Like when I look at her I'm a gospel artist but why should I not sing for my wife?" Mr seed posed.

Nimo said their relationship is filled with ups and downs just like any other.

"People out there expect us to be perfect but everyone knows when you're dating someone it's always hard...but we always rise."

Kahush says he is an emotional person, but there are limits he can reach when it comes to women.
Politics
1 week ago