'He plays the guitar,' Elodie on her celebrity crush

• Elodie has dated one celebrity who plays the guitar, Sol Generation's Nviiri the Storyteller. 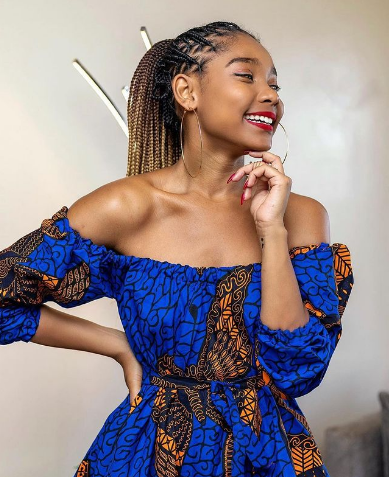 Elodie Zone is getting her YouTube groove back, and her fans are excited.

She recently revealed that she has a celebrity crush and all roads lead to her ex, Nviiri.

Elodie was asked if she would go back to one ex who would it be and she answered;

"Okay, all I'm gonna say is he plays the guitar."

Elodie also revealed that her crush was the same ex when asked who her celebrity crush was/is.

The online content creator has dated one celebrity who plays the guitar, Sol Generation's Nviiri the Storyteller.

She even made an appearance on one of his most famous songs titled 'Niko Sawa.'

The two had a publicized breakup, with Elodie accusing Nviiri of abuse to which she later apologized.

"Apologies, NOT for the truth I spoke, but for the fact that I went public and it was misinterpreted by a nation I call home."

She revealed that she was under the influence when she told her truth.

"I made my second post because 'going public' under the influence of "a few drinks" was wrong."

Assuming they wanted to snatch her phone, Maggie raised the windows not knowing they had another agenda, which was to steal her fender flare.
Lifestyle
1 week ago