'I am not normal!' Professor Hamo reveals why he left Hot 96

• He talked to both Jemutai and his first wife, explaining his reasons for quitting employment. 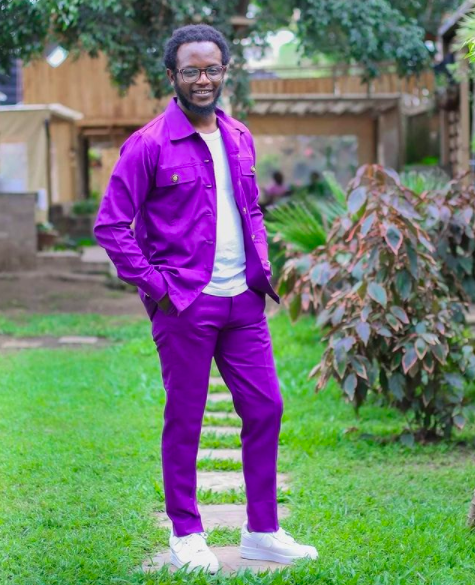 Comedian Professor Hamo has revealed why he left Hot 96 Radio after numerous speculations that he was fired.

Speaking in an interview with Jalas, Hamo said that he voluntarily made a decision to quit his Radio job even before the child support drama with Jemutai started.

"I decided to follow what I believe in, I was there to learn, you can not stay in school indefinitely. I am young, I need to go out and hustle. I realized I can not hustle while in Radio. The Radio job doesn't make sense if you have no milk, you have no money. Waiting for the 15th of every month?

I am a hustler, I am a hawker, TV taught me how to be a hustler. After one year in Radio, I realized I can not do side gigs. If you are passionate about growing wealth you can not grow wealthy in employment. I am not normal, normal people sit in one job until they create another one. I don't do that," said Professor Hamo.

According to the Churchill Show comedian, salary increment had been his concern before deciding to call it quits.

And after making the decision, he talked to both Jemutai and his first wife, explaining his reasons for quitting employment.

When the news of Hamo's exit from the Radio station came, a letter from the RMS management warning presenters on partaking in advertisements and brand endorsement jobs emerged.

The letter demanded the TV and Radio casts to consult with the management before taking up such and other media-related events.

Professor Hamo says he will marry Jemutai as second wife