Professor Hamo says he will marry Jemutai as second wife 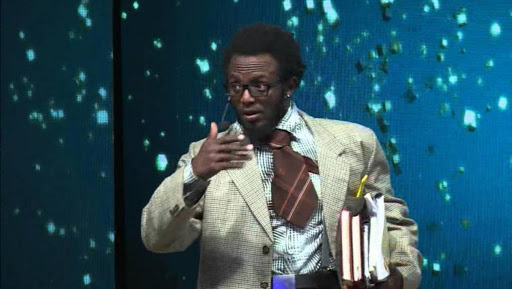 Churchill show comedian professor Hamo has publicly proclaimed that Jemutai is not only the mother of his children, but also his wife.

In a question and answer session on Instagram, a fan asked Hamo if he has sorted out his differences with his baby mama.

Another fan asked; "Will you marry Jemutai as your second wife? She is a beautiful woman and a go getter."

The comedian affirmed that he has plans to make their relationship firm.

Hamo said that even though they had a publicised fight, their love will still blossom.

"Its people who love each other that fight"

Yesterday, Jemutai confessed that she had forgiven Hamo for the agony he caused her.

She also clarified that she is not going to have another baby, but rather focus on bringing up her son and daughter.

After a heated exchange of words online, the two lovers made peace with the help of an intervention by their boss, Churchill.

Hamo later apologised for the pain he had caused Jemutai and their two kids, promising to be a good father.