Meet J.S Ondara: The next biggest export from Kenya to the world 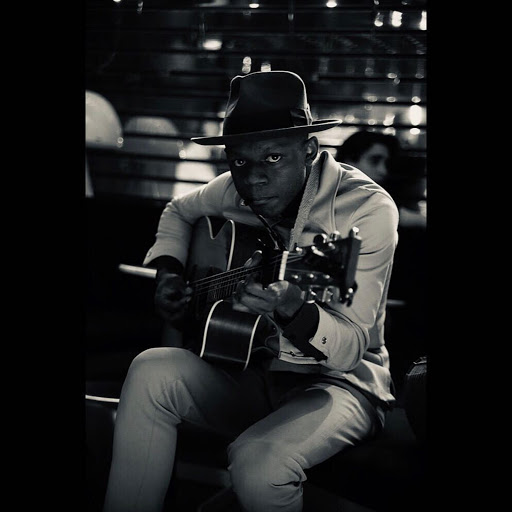 You might hear his voice and wonder why you've never heard of J.S Ondara but that is set to change because we are going to introduce you to the silky-voiced crooner.

Ondara is a Kenyan who moved to the United States of America six years ago after winning a Green Card lottery that allowed him to settle down there, where he picked up guitar playing from scratch.

The interesting thing about his artistic journey is that it all started with a bet gone wrong!

He had bet with a friend that the song  Knockin’ on Heaven’s Door was written by the band, Guns N’ Roses, his favourite band and not by the legendary musician Bob Dylan.

In an interview with , he recalled when he first discovered Bob Dylan; a man whom he thought he was a mind-boggling person.

His talent saw him not only master his craft but also land a mega record label deal and he's opened up for artistes like Lindsey Buckingham and First Aid Kit, stars we only get to see on TV.

“When I think about it, it’s not very real,” he says. “When I think about my childhood, and where I’m from, the chances of this are so random that sometimes I lose words to try to explain what it’s like,” he said in the interview with Rolling Stone.

You would be had pressed to find a Kenyan who's musical palate doesn't prefer Naija pop, Bongo or locals yet for Ondara, his first love (musically speaking) is rock -a genre he has dedicated his talents to.

Growing up, he was the guy obsessed with American Rock, a fact that made him unique from his peers.

Ondara reminisced on how he used to cut school inorder to save up his bus far which he would promptly spend at a cyber cafe and researching Dylan's music, memorizing his songs and style of making music which falls under the genre of American folk.

“I dove deep and fell hard. The music was so strange that I felt this attachment to it.” he said during the interview.

Throughout his life, his heart held three passions; songwriting, poetry and yearning to travel to the States a dream that seemed far fetched given his humble background which meant he not only would never have gotten to travel but he also couldn't afford instruments.

Upon moving to the States (near Minneapolis) in 2013 where his aunt lived when he was only 20, Ondara had a very different idea of how he was going to pursue his dreams.

“I had been thinking I’ll move to this place and I’ll form a band, and then I’ll take it on the road. But then I get to Minnesota, and it hits me very quickly that I don’t know anyone. Getting to America was impossible, but the path ahead of me, once I got there, felt even more impossible.”

Speaking of his eccentricities, he admits he favours a more vintage personal style, wearing vintage suits and classy wide-brimmed hats.

When asked to describe his music, he said:

"Old troubadour style. A guy playing sad songs with a guitar, for now. Until I go electric and make everyone upset.”

Ondara is set to release his debut album, 'Tales of America', on February 15.

About the album he says,

“Just me pondering, trying to search for wisdom. Life is weird, and America is so weird.”

The first single off the album is 'American Dream' which is about the gap between American dream and the American reality.

Other songs he has released previously include 'Torch Song', 'Television Girl', 'God Bless America' among others.