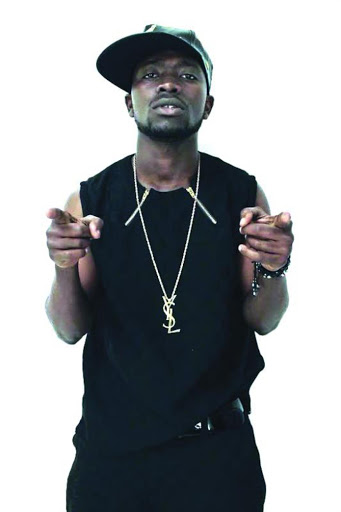 He calls himself Mbilikimo Mkora aka Jamaa wa Kofia na Kaptula. But one Kenneth Aketch Oluoch Barnabas, aka Kenrazy, is a man under "sie-ge". Now, the rapper - who started out at Jomino Records, then went to Grandpa Records, then to Pacho Records and back to Grandpa - has left the Kibera-based record label for the second time, after "contract disagreements" with the label owner Yusuf Noah aka Refigah aka Mugabe.

Things were not looking so cordial between the two and the talk about the contract "expiring" in January was just a mere PR campaign. Before Refigah installed Visita (the main producer-cum rapper at the stable) as the label's "Vice President" last month, inside sources intimated that power-play had degenerated to frosty relations between Kenrazy (who was being touted as the favourite candidate for the Deputy's seat but was over-looked; you know he is short right?) and Refigah.

When we asked Kenrazy why he left the label he had established himself with so strongly, this is what he had to say...

"Hii story yote imetoka wapi? I am very fit and ready to drop my new jam and album. I believe the music is what is important coz that's who Kenrazy is. So watu wangoje mziki. That's where all my hype comes from. When we sign, we announce. When we don't renew or split I will let you know."

On his part, Refigah says that Kenrazy's contract with Grandpa expired in January and there has been no talk about renewing or terminating it. He has not so kind words for Kenrazy either, regarding the power-play issue.

"Kenrazy was no different from other artistes at Grandpa. Here, we treat everyone of them equally. He was not my right-hand man either. He was an artiste working with the label on contractual basis."