The headteacher was found dead in body bags in the nurse's house.

• Sleuths found that cash from the late's mobile accounts had been withdrawn. 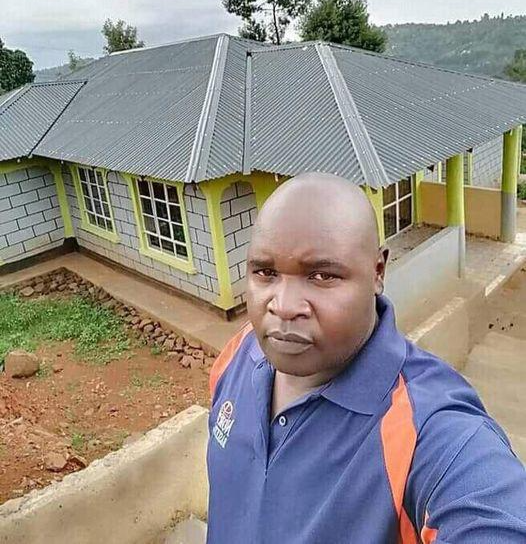 It is now emerging that the slain Nyamira teacher, Ezekiel Gitangwa was not only murdered by his killers but was also robbed by them.

This is according to mobile records accessed by County Criminal Investigations Officer Peter Kiboro, who said that cash was withdrawn from his mobile money wallet moments after his death.

He told media that the late's account had been overdrawn by his lover, who sent it to the unsuspecting Kenyans.

"We have ascertained some withdrawals were made using his mobile phone line. The suspect said he had an overdraft and wanted to withdraw the money using somebody else’s phone," he said.

He added that the alleged killers then offered a percentage of the money so they could go and withdraw the money for them, with a boda boda rider being apprehended by police.

The sleuths continued that a certain lady had also been approached to withdraw an undisclosed amount which she handed to the main suspects.

The lady told police that the suspect and her boyfriend, a National Youth Service (NYS) officer, went and drank themselves silly using the money.

That wasn't all, the cops said that there had been mobile money transactions between the suspect and the slain Gitangwa days before his death.

The county criminal officer said that they had even gotten court orders to check the deceased's bank accounts to see if the late teacher's killers also drained his accounts.

After all this, the cops have a new hypothesis as to why the late headteacher might have been murdered with the new findings pointing towards a deal gone bad and not the initial love triangle theory that had been posited.

The Nyamira teacher was found dead in body bags in the suspect's house.

According to witnesses who had spoken to the suspect at the time of the murder, she had allayed any suspicion after they heard the deceased's cry for help.

They went on to claim that she had said that the noise had come from some of the guests she had invited for a New Year's party.

Ezekiel Gitangwa, the teacher found dead in a nurse's home, pleaded for mercy from his killers. His brother James Maganda told the Nation that his ...
Crime
3 weeks ago

The body of a primary school teacher who went missing in Nyamira on December 30 has been found at a nurse's house.
News
3 weeks ago

Love triangle possible cause for murder of Nyamira teacher