• While filing the application in court, Inspector Nicolas Langat told the court that the accused person was a flight risk. 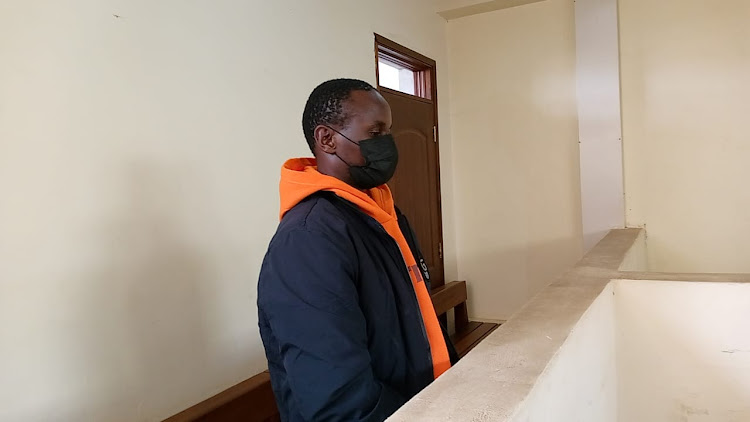 A man suspected to have killed his girlfriend in Lang'ata after a short agreement has been detained for 14 days pending investigations.

Thomas Mbugua Muthee was detained by Kibera senior principal magistrate Monica Maroro after his lawyer told the court that they were not opposing the application to detain him.

“We have no problem with the application of detaining the respondent but we pray for the earliest date possible,” said his lawyer.

While filing the application in court, Inspector Nicolas Langat told the court that the accused person was a flight risk.

“We arrested him after the collective efforts with some DCI officers from Uganda. He was arrested in Malaba border while he was attempting to escape,” he told the court.

He said that the respondent is suspected to have killed Naneu Muthoni on the night of November 2022 at Onyonka estate within Lang'ata sub-county and the matter was reported in the occurrence book.

“That the respondent was last seen with the deceased at their rental house on the night of November 12 where it is alleged there was a confrontation between the two and all of a sudden everything went silent,” the court heard.

The court heard that the police officers visited the scent and found the body of the deceased covered in a bed sheet on the sofa with visible cut wounds on the head.

Blood was also spotted on the wall and on the floor which was an indication of a struggle at the scene.

The court directed that the suspected be remanded and the investigations be completed on time.

Rapper Karimi Muriungi also known as Miss Cashy has hinted that she has won the child custody case against her baby daddy rapper Khaligraph Jones.
Entertainment
2 weeks ago