The matter will be mentioned on December 13 for further directions

• He says prior to his arrest, he was in the business of supplying meat which he has been buying from Bama market.

• Wafula through his advocate Okoth Obera, says since May 14 this year, he has been subjected to unimaginable torture and cruel treatment. 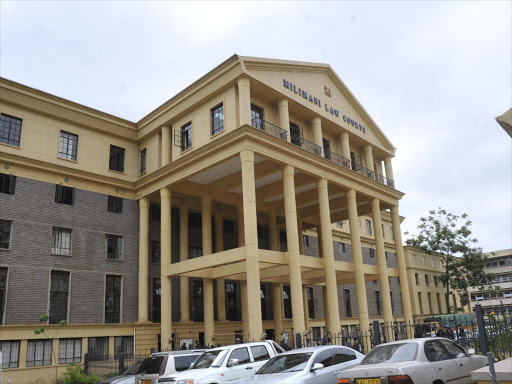 A Kenya Army cook has petitioned the High court seeking to be released from Kahawa Barracks where he has been detained for over 185 days for allegedly stealing 89 kgs of raw meat.

Josiah Wafula attached to Kahawa Garrison Headquarters was on May 14 arrested by military police on the allegation of having stolen the said meat.

It was on the passenger seat of his car.

He also had mabuyu fruits with him which he says he has been supplying at Kenyatta University. He has denied having stolen the meat.

He says prior to his arrest, he was in the business of supplying meat which he has been buying from Bama market.

Wafula through his advocate Okoth Obera, says since May 14 this year, he has been subjected to unimaginable torture and cruel treatment.

He was kept in the scorching sun at the barracks for close to 10 hours. His photos were taken and other officers allegedly mocked him on account of stealing the meat.

He says he has not been arraigned before a court martial to stand trial or heard by a commanding officer.

“I have been held in custody incommunicado, without being accorded the right to make a phone call to my family or advocate of choice. My phone was confiscated, blocking all modes of communication,” he says.

According to the court documents, Wafula has been forced to give out his Mpesa pins and password and make forced confessions over the alleged offences among many other ills.

This has been happening during his detention at Kahawa Garrison, the Ministry of Defence facility. He says It has happened under the watch of senior lieutenants at the Barracks.

He wants the court to order his release at Kahawa Barracks where he is currently held under close arrest.

Also sought is an order suspending the anticipated composition of a court martial bench to try him.

Justice Hedwig Ong’undi certified the matter as urgent and directed the petition be served on the ministry of defence and other parties sued in the case.

The matter will be mentioned on December 13 for further directions.

Moses Njoroge convicted for throwing Esther Wangari from the 12th floor of a building.
Crime
2 weeks ago

There was drama at the Milimani Law courts after an advocate assaulted a businessman sued by his estranged wife for child upkeep.
Entertainment
3 weeks ago