• The accused person by the time he committed the offence was catholic brother court papers shows. 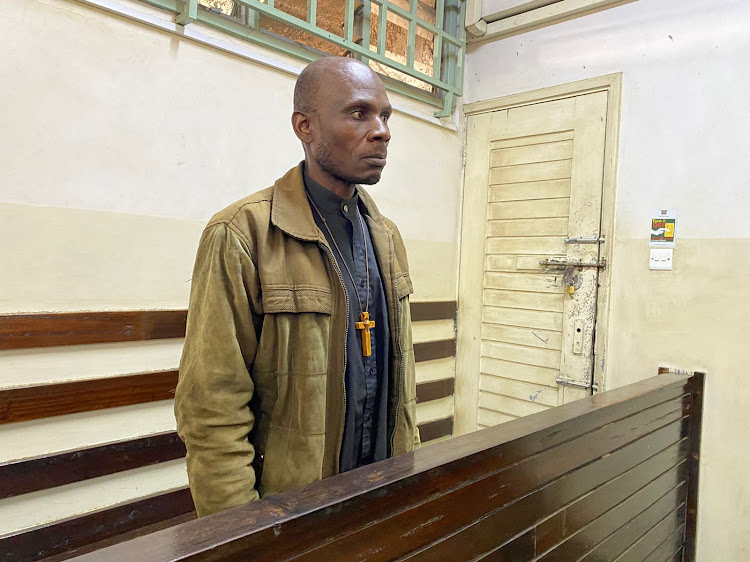 A man who was detained last week over links to child trafficking has been charged with defiling and impregnating a 15-year-old girl.

John Boniface is charged with defiling PQ on diverse dates between January 28 and September 2022 at Uthiru 87 along Muhuri road in Dagoretti sub-county within Nairobi county.

However, Boniface, denied the charges at the Kibera law courts and was released on a Sh 300,000 bond with the surety of the same amount.

The accused is an altar boy at St Peter's Catholic church in Kinoo area, the court papers shows.

He is alleged to be operating an illegible charitable organisation in some rental houses, the court heard.

Court heard that the victim hails from a humble backgound and was a Std five pupil.

The girl told police that Bonface defiled her on several occasions leading to her pregnancy.

Last month, the court detained the accused after he was found harbouring 13 minors without proper documentation. He was detained for 10 days at Kabete police station.

This was after the police filed a miscellaneous application in court seeking his detention.

The court heard that Boniface was arrested after the police officers on patrol got a tip-off from the public that he was keeping some minors.

The minors were drawn from various parts of the country and he had offered to support their education alongside other basic needs.

"On visiting the rental house in Uthiru 87 area, the officers found 13 children aged between 7 and 16 years—9 boys and 4 girls," the prosecution said.

The officer informed the court that upon interrogating the accused they realised that he didn’t have valid licences to run a children's home, so they arrested him.

“The suspect was apprehended on the night of October 21 and 22 October 2022 and booked under Bb number 02/22/10/2022 and the matter is now under investigation," the prosecution said.

The prosecuting urged the court to grant them 10 days to record more statements, trace the parents of the minors and where they come from, establish whether the premises are licensed by the children's department, take the minors for medical assessment and get children's office report.

The case will be heard next month.

Kibera man jailed for 20 years for continuously defiling his daughter

According to the charge sheet, QR committed the offence on diverse dates between October 16 and December 13, 2019, in Riruta within Nairobi County.
News
1 month ago

A pupil said to have been defiled by her teacher in Nyamira tearfully narrated how her teacher constantly gave her birth control pills after the ...
Crime
1 month ago