• The teacher identified as Jared Masese, a Deputy Head teacher at St Andrew's Girls Primary school Deputy teacher has since been arraigned for defilement.

• The pupil said the amorous teacher had a safe in his where he kept the family planning pills. 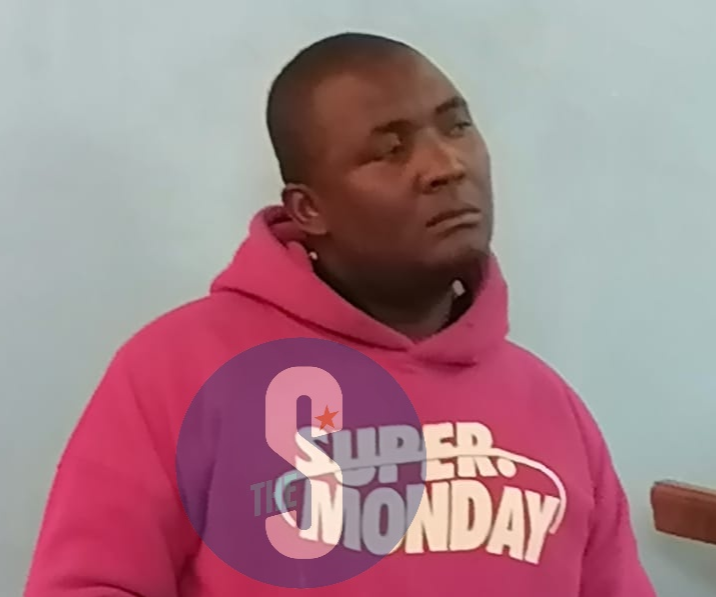 Jared Masese when he appeared before a Keroka court in Nyamira on Friday, October 7, 2022
Image: MAGATI OBEBO

A pupil said to have been defiled by her teacher in Nyamira tearfully narrated how her teacher constantly gave her birth control pills after the horrific ordeal.

She said more other pupils go through similar ordeals with the alleged sex pest.

The teacher identified as Jared Masese, a Deputy Head teacher at St Andrew's Girls Primary school has since been arraigned for defilement.

The pupil said the amorous teacher had a safe in his office where he kept the family planning pills. The pills were discovered by a female  teacher on Wednesday evening.

On Sunday, the pupil said she had multiple encounters and only the birth control pills saved her from becoming pregnant.

It all begun in January after a stomach pain, she told the Star.

Then she reached out to him for help only to turn the pupil teacher relationship into repeated defilement ordeals in his office.

"I had been told milk could help my ulcers and was thus told to check up with him out since he was the one in charge of milk.

When I went there instead of helping me he begun fondling my breasts. Before long he was over me," she said.

The minor shared out the experience while in the presence of her upset father.

Between sobs, the minor narrated how the teacher constantly invited her to his to office during late hours of the day often to be defiled.

The Wednesday incident was one of them.

"He could call me any time between 5 to 7 pm to his office. In there he removed my underwear very fast before pinning me against the table for quick intercourse," she said.

The door to his office was often locked, a calculated move, she said, to shield his immoral behavior from view.

Some teachers though begun to smell a rat with one teacher at the school appearing to corroborate the pupil's account.

He said the teacher often left his door shut whether alone or with a pupil.

"I don't know if it was by coincidence or chance but somehow he left it shut. Little did I know he was a sex pest," he told the Star.

It was, however, the disclosure by the pupil about pills that was unnerving. It was said that he had a safe where he stored pills for use on his victims.

"After each act, he used to give me some tablets to swallow. At first I did not know what they were. The second time I asked him about it and he told me I am safe if I took them," said the girl. 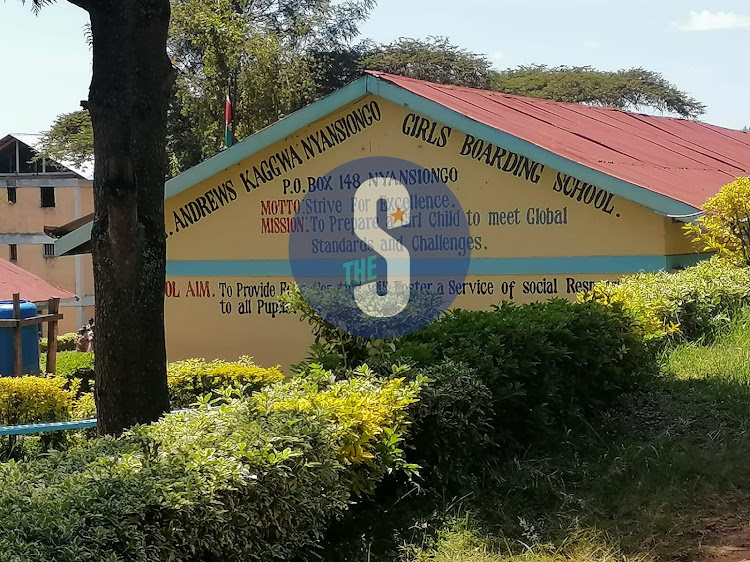 St Andrew's Kaggwa Girls in Borabu where the teacher was fished from after a suspected defilement incident with his pupil on Wednesday, October 5th, 2022.
Image: MAGATI OBEBO

On Friday, parents stormed the school to seek answers on the matter as police arraigned him in a Keroka Court where he was temporarily denied bond to allow police undertake investigations.

Appearing before Senior Resident Magistrate Collins Ombicha, the teacher was charged with sexually assaulting and committing an indecent act with a child contrary to section 11(1) of the Sexual Offences Act No. 3 of 2006.

He was further arraigned for touching the private parts of a minor contrary to section 11 (1) of the same act. He was arraigned after a night at Manga Police Station.

By Sunday, some parents said they were looking for alternative schools for their young girls following the incident.

One parent said performance at the school has gone down due the conduct of such teachers.

"Being a girls school, I am not expecting much if we have a bunch of teachers seeking sexual favors from children," he told the Star on condition of anonymity.

On Friday, the affected minor said about seven of her peers may had been molested by the teacher.

"He is a harsh and warns strictly against telling anybody about it," she said.

Timothy Omariba, one of the parents, asked the government to intervene to ensure justice is done to the minor.

He also called on a probe on the school's leadership conduct in the light of such incidents.

"We may not rest easy until we see justice," he said.

He also wants the office in which the teacher was found defiling the pupil be considered a crime scene.

"Already the main culprit is in police custody and we are doing everything to ensure such behavior never occurs," she told journalists.

2 students in hospital after two schools engaged in fight

Two students were admitted at a Kilgoris hospital, following a fistfight pitting students from two schools in Transmara, Narok county.
Lifestyle
1 month ago