The 'millionaire' was seeking spiritual powers to evade arrest

• Among the services offered by the witch doctor, as detailed on a long list seen by the detectives, was ‘Kutoshikwa na DCI’ attracting a fee of Sh5,000. 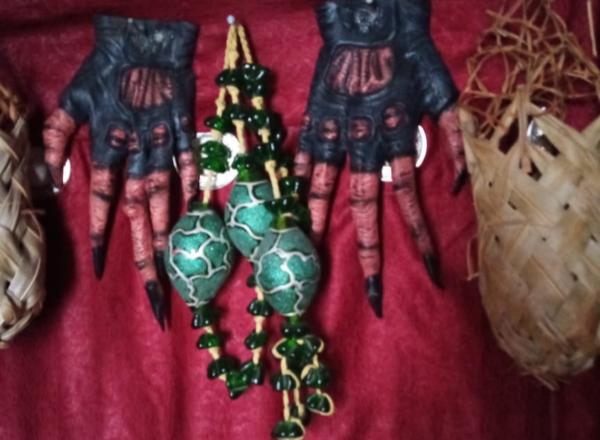 Detectives have arrested a woman suspected to have stolen Sh4 million from her employer three weeks ago.

The suspect, according to the Director of Criminal Investigations George Kinoti, was nabbed at a witch doctor's house in Gachie, Kiambu County, during a ritual to help her evade arrest.

She was accompanied by her husband as she sought protection from police arrest.

"The detectives arrived in time as the suspect was being immersed in a basin containing a concoction of blood drawn from a dead fowl, whose features resembled those of a cockerel," Kinoti said.

"Upon noticing the detectives, the elderly witch doctor pronounced endless incantations in an attempt to keep them at bay, but that did not deter the sleuths from executing their mission much to the bemusement of Mwelu, who had closed her eyes expecting the sleuths to vanish. She couldn’t come to terms with reality after the in-charge of the operation told her ‘mama bado tuko hapa vaa nguo twende (We're still here, put on your clothes and let's leave)."

The sleuths from the Crime Research and Intelligence Bureau and the Special Services Unit who made the arrest recovered tools used by the witch doctor.

Among the services offered by the witch doctor as detailed on a long list seen by the detectives was ‘Kutoshikwa na DCI’ attracting a fee of Sh5,000.

The suspect led the detectives to her parents home in Ithanga, Murang’a county, where Sh1.57million was recovered, including jewelry stolen from the woman’s employer.

Kinoti cautioned criminals from seeking services of wizards, to protect them from arrest.

"Detectives rely on actionable intelligence supported forensically through science that cannot be challenged by the dark powers of a witch doctor," he said.

List of Fidel's property his wife and the Odingas battled over

Idah wanted the court to revoke administration letters granted to Lwam and her brother Fahm and instead be allowed to control Fidel’s estate.
Exclusives
5 months ago

Kilimani house with guns: Who is General DeFao?

Ken Wycliff Okello Lugwili a.k.a General DeFao has in the past been linked to among others the death of former University of Nairobi student Mercy ...
Crime
5 months ago
WATCH: For the latest videos on entertainment stories