List of Fidel's property his wife and the Odingas battled over 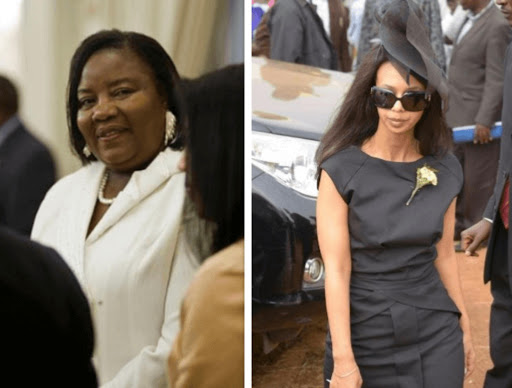 The Odinga family landed a major victory after they were allowed to control the estate of Fidel Odinga (deceased).

This brings an end to a three-year legal battle pitting Fidel’s mother-Ida Odinga against her daughter-in-law, Lwam Getachew Bekele.

In a consent signed by Sagana Biriq and company and Rachier and Amollo advocates for Lwam and Idah respectively, Raila Odinga Junior has been appointed as the administrator in Fidel’s estate. He will share this role with Lwam.

Fahm’s name has now been substituted with that of Junior.

“The grant of administration issued on  January 9, 2019 be amended to reflect Lwam and Junior as the administrators of the estate,” read part of the consent.

Idah wanted the court to revoke administration letters granted to Lwam and her brother Fahm and instead be allowed to control Fidel’s estate.

She argued the grant issued to Lwam was done erroneously and that it unjustifiably locked out other interested parties from the estate of the deceased.

She accused Lwam of sidelining the twins Fidel had sired with another woman, Phoebe Akinyi.

“The proposed administrators cannot be entrusted alone to faithfully administer Fidel's estate,” she said when the matter was still active in court.

Ida argued that Lwam deliberately failed to “include and provide or otherwise show the intention of providing for the said minors hence a red flag on her intentions.”

Fidel died in January 2015. He had no will. He left behind his legally married wife Lwam and one child. Fidel’s mother then came out claiming his son had twins with another woman. And that the twins are legally his dependents.

But Lwam, through her advocates, termed her mother-in-law’s assertions a concoction of facts given that the said twins were born six months after Fidel’s death. Lwam however maintained she did not have a problem accepting the minors as beneficiaries of her husband’s estate if it is proved they are his children.

But Akinyi, according to her lawyer John Swaka, chose to withdraw from the matter following the media publicity in the case.

The estimated value of Fidel’s estate stands at Sh40 million. His mother and sister Winnie had listed 10 properties and some bank accounts they said belonged to him.

Going by the consent signed on February 16 2022, Fidel’s home situated on Bogani Road, Karen was given to Lwam. So was one of the lands in Kisumu and another in Kajiado.

The other parcel of land in Kisumu was given to Lwam to hold in trust for Fidel’s son.

The same will also apply to a Nissan Sunny and a KBS Range Rover, the 250 shares each in Asum and Ambesa Investments limited, monies held in two accounts at gulf African bank, Diamond trust bank, standard chartered (Kenyatta Avenue branch), CFC Stanbic bank (Chiromo branch) African banking corporation (industrial area branch) and Gulf African bank, (Upper hill branch). They will all be held in trust by Lwam for the minor.

He was found unresponsive in the morning inside a spare bedroom at their Karen home.

He and Lwam had been sleeping in separate rooms and that morning she walked in to speak to her husband but did not respond prompting her to call for help from Karen hospital and his parents.

It was not until around 6 pm that his body was moved to the mortuary.

Postmortem results were never made public,  fuelling speculation on what might have caused the death of Raila's firstborn son.

Lwam said in court papers seen by the Star that a statement by Ida to the Directorate of Criminal Investigations detectives on Fidel’s death was at the heart of the fallout between them.

Ida claimed in the statement that her son's death remains a mystery.

“That even though the death of the deceased remained a mystery and efforts were made to establish what suddenly transpired, the petitioners herein, kept off from the family,” Ida and Winnie said in a joint affidavit.

They went on; “It remains unclear why the petitioner hastily ran away and kept off the family, whereas, there have been various efforts to establish contacts.”

The Odingas reportedly received two autopsy reports from the DCI investigators and from a lab in Germany which were discussed in a family gathering attended by family members and lawyer James Orengo.

Just four days ago, Winnie confessed that she sunk into depression after Fidel's death, which led to her sister-in-law recommending a therapist.

She made the revelations during a session on the ‘Iko Nini’ podcast.

Winnie said the loss of her brother is something she has learned to live with despite being a huge blow not only to her but also to her family.

"You don't get over it. It's just something you learn to live with," she said.