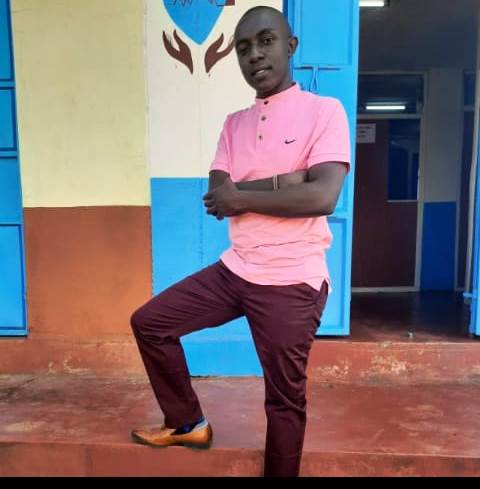 Detectives are piecing together the last moments of murdered Juja-based medic Joseph Kariuki who was killed two weeks ago.

Kariuki, 26, a clinical officer was murdered on the night of November 24 inside his private medical clinic at Riuriro area in Theta ward, Juja Sub-county in what police believe was a case of a love affair gone sour.

He is said to have been woken by a call from strangers at midnight claiming they had a patient who needed urgent medical attention outside his clinic at Riuriro trading center in Theta ward only to rush to the facility where he was stabbed to death.

Mwaura said prior to his death, Kariuki had differed with his lover and the two were no longer relating well after he turned down her demands that they get married.

Kariuki’s father Peter Ng'ethe had earlier told the press that his first-born son had hinted to him before his death that he was abandoning the girlfriend after they disagreed on matters of dowry and wedding.

He said his son insisted that he did not have money to organise a wedding and pay dowry as demanded by his lover. He said the girl visited his home on several occasions and was adamant that she was to be married in his family.

"My son wanted time to build his career as he couldn't afford the expenses involved. They parted ways and it seems the girl took revenge," he said.

Detectives have arrested four suspects among them a former girlfriend to Kariuki.

Others are three men aged between 19 -22 years who are alleged to have been contracted by the woman to execute him after he refused to marry her.

Juja Sub County Criminal Investigations Officer (SCIO) Officer Richard Mwaura said the young men were arrested in Nyeri while the 19-year-old girlfriend to the deceased was arrested in Kerugoya, Kirinyaga County on Friday.

“Two of the men are Bodaboda operators in Nyeri town while the third accomplice is a taxi driver in the same town. The girlfriend works in Kerugoya. We have the intelligence to show the suspects had been contracted by the girlfriend to eliminate the medic,” he said.

Two knives and a Maasai sword that were used to execute the clinical officer, and a mobile phone that was used to contact the deceased on the fateful night were recovered.

The CID officer said some of the suspects had confessed having been contracted by the girl to murder the medic. He said the four will be taken to court and charged with murder.

Embakasi East Member of Parliament, Babu Owino has hailed DJ Evolve for his bravery. This comes after the courts withdrew the attempted murder charges
Entertainment
1 month ago

'What do they take me for?' DJ Evolve's dad on being 'bought' by Babu Owino

"I hear some people claiming that I exchanged my son’s case for money. What do they take me for? A callous man who would sell his son’s welfare?” -Mr ...
Politics
1 month ago